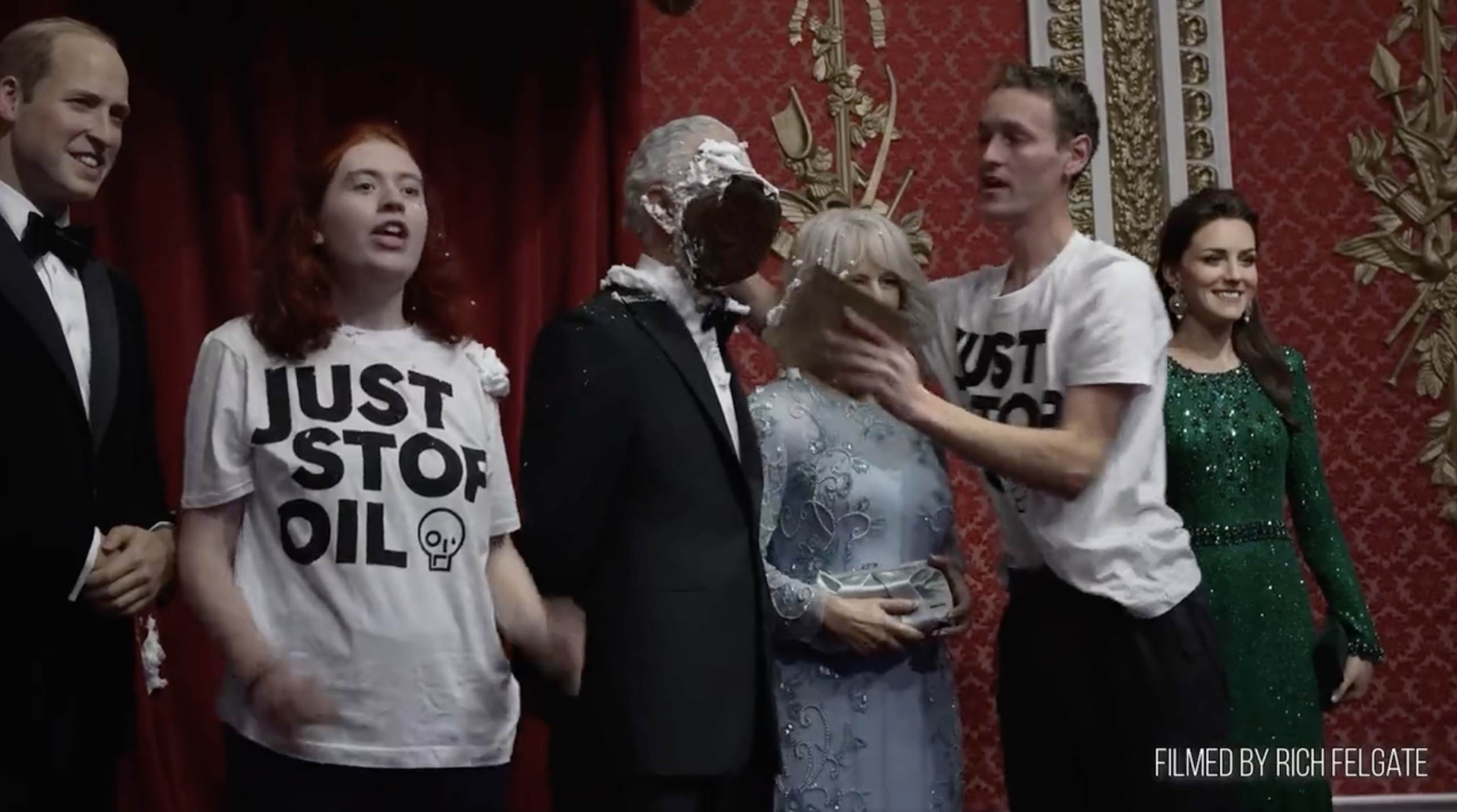 Earlier this month an additional licensing round for oil and gas development in the North Sea off the east coast of England was opened by the British government.

This comes after the household budgets in the UK have taken a bigger impact than any other western European country except the Czech Republic due to the energy crisis. According to CNN, the UK energy crisis is “bigger than the pandemic. It’s a big national crisis.”

“The United Kingdom will have to find an answer to soaring energy bills soon or risk a humanitarian crisis. But freezing gas and electricity prices over the next two winters could cost the government over £100 billion ($118 billion), more than it spent paying millions of people’s salaries during the pandemic,” the outlet reported.

Initially dressed in black T-shirts, the two activists stripped down to their white ‘Just Stop Oil’ t-shirts upon reaching the red stage, where the waxworks of King Charles, Prince William, and Princess Kate are displayed.

They both proceeded to smash cakes at King Charles III’s wax figure’s face before reciting the monarch’s 2019 comments on climate change in New Zealand.

“Ladies and gentlemen, in the words of the King,” one protester said.

“For the past, what, 40 to 50 years I have been driven by an overwhelming desire not, to be confronted by my grandchildren – or yours … – demanding to know why I didn’t do anything to prevent them being bequeathed a poisoned and destroyed planet.”

“Now, of course, we are indeed being confronted by these very children, demanding immediate action and not just words.”

“The science is clear. The demand is simple, just stop oil. It’s a piece of cake.”

“Time for words has moved to the time for action”@JustStop_Oil supporters recite the words of King Charles in cake throwing stunt at Madam Tussauds.

“At approximately 10.50 am today (Oct 24) protestors entered the ‘World Stage’ Zone at Madame Tussauds London and appeared to throw what is believed to be cake at our figures of The Royal Family,” Madam Tussauds London wrote on Twitter.

“Our security team dealt with the incident quickly and we are working closely with the Metropolitan Police on this matter.The attraction remains open, with our Royal Family set closed temporarily.”

#UPDATE | Four people have been arrested for criminal damage related to this incident.

The Gateway Pundit has reported on the rise of vandalism and public temper tantrums by unhinged climate activists throughout  Europe. 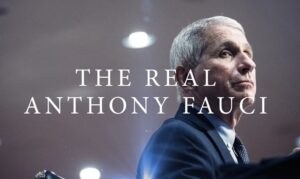 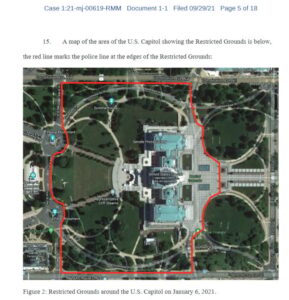