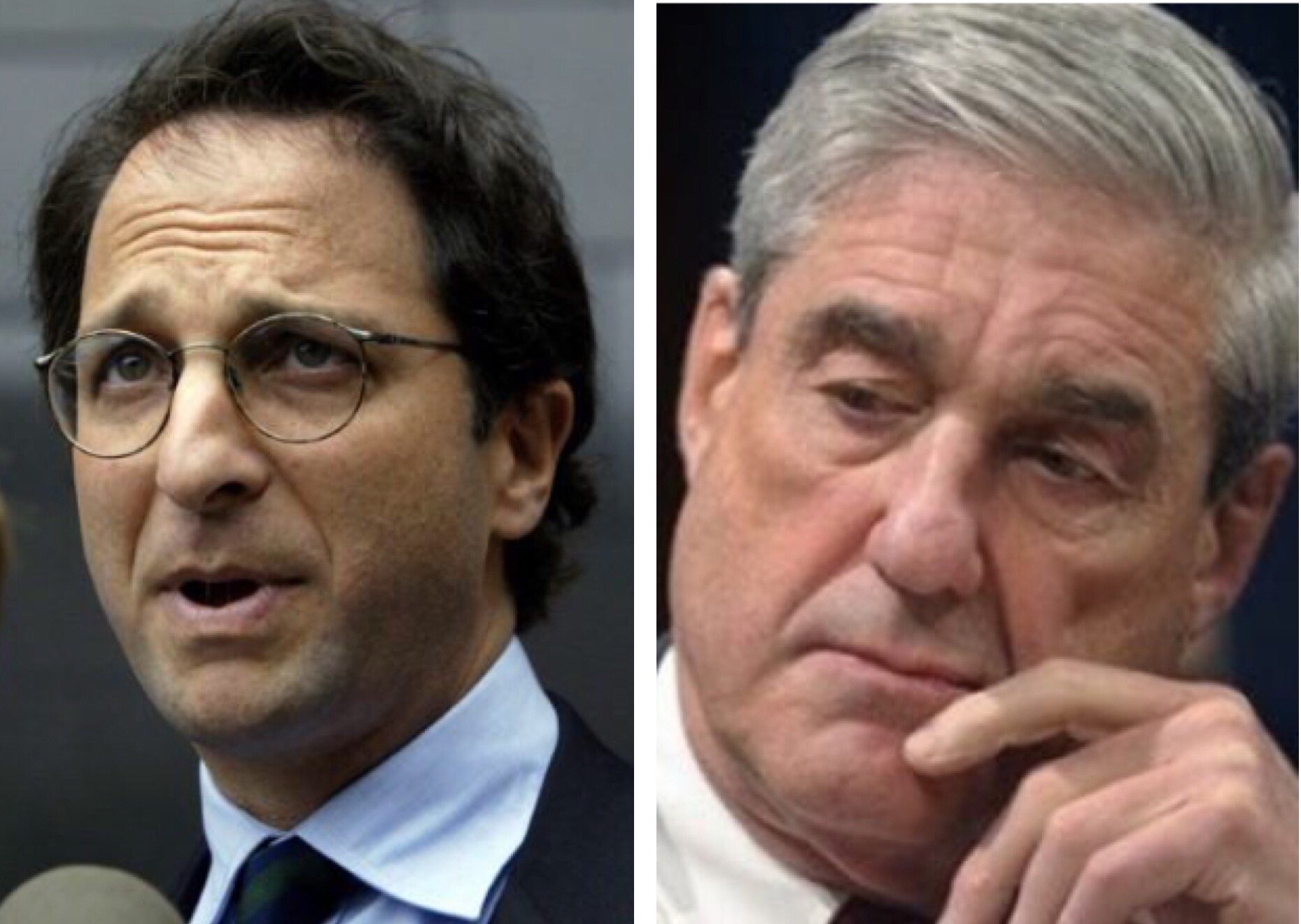 Andrew Weissmann has been intimately involved in some of the biggest corruption scandals in US history. Weissmann was involved in FBI activities with the mob in New York in the 1990s.  He was a key member of the Enron Task Force and also was involved in the sale of 20% of US Uranium to Russia.  After all his corrupt acts, he then led the corrupt Mueller Special Counsel.

In all these scandals Weissmann’s actions have been consistently corrupt and abhorrible.

The hallmark of the Department of Justice for decades has been to seek justice not convictions and if that meant letting a guilty person go free to make sure the government did it all right, then that was supposed to happen.

But Mr. Weissman, he couldn’t spell the word “ethics” despite the fact somebody actually had him teach a course in it one time, I think over in England.  His mantra is ‘the end justifies the means’… he targets people, individuals. And you’re right, I had no doubt from the moment he was picked for the Mueller Special Counsel operation, that he would have filed RICO charges against President Trump and seized every asset he ever had, if there had been any way he could do that.

He’s just filled with hatred for apparently most Americans and certainly anybody affiliated with President Trump.  And he’s willing to do anything to destroy them.

I have said, from my personal experience at least with this case, I consider Andrew Weissmann to be the most ethically bankrupt prosecutor I have ever encountered, and that’s a pretty broad spectrum of prosecutors over the course of my career…

I believe what the bible says in Hebrews 10: Vengence is served for the Lord – but there is a special place in hell for Andrew Weissmann.”

Roger Stone shared that Weissmann was the de facto head of the Mueller investigation.  “I think it’s now clear that Mueller was around the bend mentally,” Stone said.

The acts of the Mueller gang were seditious but in at least one instance their actions became laughable.

In February of 2018, the Weissman-led Mueller gang must have realized that they needed Russians in their totally corrupt Trump-Russia conspiracy.  The problem was there weren’t any because the entire narrative was built on a house of lies.  So Weissmann and the Mueller gang decided to create Russians.

Rod Rosenstein announced in an 8-minute presentation that Russians had been found and they worked at a company called Internet Research Agency LLC and funded operations through Concord Management and Consulting LLC and Concord Catering.  These Russians worked to steal the election from Hillary Clinton.

Time went on and Weissmann and Rosenstein and the Mueller gang never expected any pushback from the Russians they indicted.  Why would any Russian risk coming to the US and getting arrested only to face the DOJ in this case?  Of course, this would never happen which is perhaps why the indictments were announced in the first place.  Also, no one knew if the Russians who were listed in the indictment were real people in the first place.

But then to Weissmann’s horror, the unexpected happened.  A law firm representing Concord Management and Consulting showed up to defend their client.

The first thing the attorneys for Concord Management asked for is information on the data backing Weissmann’s indictment.

On 4/11/2018, counsel entered appearances on behalf of Defendant Concord. That same day, they demanded information from the Special Counsel – including details of surveillance and names of witnesses. pic.twitter.com/R09g9H1aGG

The ‘non-biased” DOJ attorney representing Weissmann and the Mueller gang in the case was Jeannie Rhee, The [Hillary] Clinton Foundation’s former attorney.

Knowing the entire case was a joke, Concord Management’s attorneys shared in a court filing, “The Special Counsel is not entitled to special rules.”  The Concord team reported that they asked for discovery and documents from the Special Counsel but the Weissmann team never replied to over 70 requests and never provided the data requested.

The Concord lawyers went on to systematically destroy Weissmann’s case.  They claimed that Mueller and Weissmann indicted “the proverbial ham sandwich” because one of the entities indicted by the Mueller team, Concord Catering, was not in existence at the time the crimes were alleged to have taken place.

Then among other things, Jeannie Rhee went on to align the Russians identified by the Mueller team as members of an ‘organization’. The Russian company’s attorney responded to the judge who apparently understood that these Russians were all members of Concord Management. He said:

Next, the Concord Management team filed a motion against the Mueller team’s protective order request to conceal all data related to their case. The Concord team stated in their motion filed June 14th (emphasis added):

Having produced not one iota of discovery in this criminal case the unlawfully appointed Special Counsel requests a special and unprecedented blanket protective order covering tens of millions of pages of unclassified discovery. Having made this special request based on a secret submission to the Court and a hysterical dithyramb about the future of the American elections, one would think that the Special Counsel would cite to case holdings that support this remarkable request. But no, instead, the Special Counsel seeks to equate this make-believe electioneering case to others involving international terrorism and major drug trafficking, and relies only on irrelevant dicta from inappropriate, primarily out-of-circuit cases. In short, fake law, which is much more dangerous than fake news.

In October 2018, Concord’s attorney’s mocked Weissmann and his gang again in a court filing.

Concord has consistently argued that the indictment charges no crime at all (interference with an election), but to the extent if purports to charge a crime the essential element of willfulness is fatally absent. The Special Counsel’s retort has been that he was not required to charge willfulness because he did not charge violations of FECA or FARA. Now, in mind-bending, intergalactic, whiplash fashion, he says for the first time, I did, I charged violations of FECA and FARA.(1) Reminiscent of the old adage, “Give a man enough rope and he will hang himself,” the Special Counsel just did so.

“‘Give a man enough rope and he will hang himself,’ the Special Counsel just did so.”

Also included is a 1948 quote from Tweetie bird. lol pic.twitter.com/3lH2sq8OkO

Eventually, it became more than clear that dirty cops Robert Mueller and Andrew Weissmann rolled out the Concord Management indictment of Russians as a publicity stunt to justify their witch hunt.  They were never prepared to try the case and it actually became comical to watch as they struggled and looked like the corrupt hacks that they are.

In March 2020, nearly two years later, the judge agreed with the DOJ to drop Weissmann’s junk Russian bot case against Concord Management.  Weissmann and the Mueller gang were later rebuked for claiming the Russian bot farm was connected to Russia.

It was all just another big fat lie.

Weissmann is one of the most corrupt individuals to ever work in the DOJ.  He doesn’t seem to care who he hurts, it’s all about the end game.

None of Weissmann’s corrupt and dishonest actions over the years prevented Weissmann from moving up the ranks in the DOJ, they helped him.

Weissmann and Robert Mueller and others in the Enron Task force destroyed over 80,000 Arthur Andersen professionals’ careers in the early 2000s.

Weissmann’s actions led to four Merrill Lynch professionals facing time in prison, one in solitary, all were later found innocent.

Weissmann’s corrupt actions are the standard for the DOJ today.

Weissmann is still trying to get President Trump.

EXCLUSIVE – ANDREW WEISSMANN PART III: For 30 Years a Condemned Man Sits in Prison Because of Weissman’s Actions in the Most Corrupt Prosecution in DOJ History

EXCLUSIVE – ANDREW WEISSMANN PART IV: “I Consider Andrew Weissmann to be the Most Ethically Bankrupt Prosecutor I Have Ever Encountered” – Attorney David Schoen (VIDEO)

EXCLUSIVE – ANDREW WEISSMANN PART IX: Weissmann Covered Up Russian, Clinton and Obama Actions Related to the Sale of Uranium One to Russia

EXCLUSIVE – ANDREW WEISSMANN PART X: “There Is a Special Place in Hell for Andrew Weissmann” – Exclusive Interview with Roger Stone

The post EXCLUSIVE – ANDREW WEISSMANN PART XI: To Tie the Trump-Russia Collusion Lie to Russia, Weissmann Indicted 13 Russians, Most Were Entirely Made Up appeared first on The Gateway Pundit. 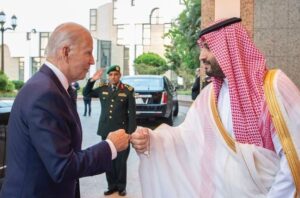 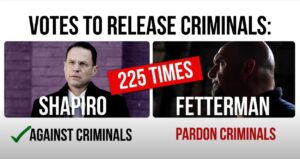