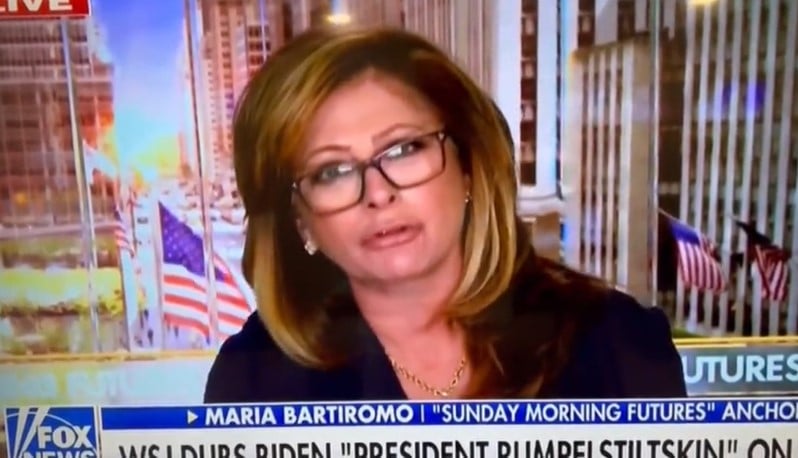 Maria Bartiromo was ON FIRE this morning! The FBN and Sunday Morning Future‘s host gave the FOX and Friends audience a snapshot of today’s show before she went live.

And she DID NOT hold back.

Here is the transcript from Maria’s epic rant.

Maria Bartiromo: Todd good morning to you, team. We see this over and over again. And the crazy and outrageous thing about it is the fact that he actually thinks he’s fooling anybody and that we must be stupid. I mean, just last week, as he’s out having an ice cream cone, someone asked him about the economy.

He says the economy is strong as hell. No, it isn’t. We’re in a contraction. We’ve been in a contraction for the first half of the year. And some high level executives are saying that we are about to see things get much worse in 2023.

He said that the Republicans are the ones that want to endanger democracy, and yet it’s him and the Democrats who want to stack the Supreme Court, who want to mess with the First Amendment. And the Second Amendment coming up with a misinformation governing board, when in fact, all of the misinformation is coming directly from the Oval Office. The FBI telling Facebook to censor the Hunter Biden laptop story right before the election. We know now that it was the FBI who told Facebook to do that. And yet he’s telling us that it’s misinformation.

And that’s just one thing that the FBI did as this president politicizes every agency under the sun.

The FBI, of course, led the investigation into Russia Trump collusion, when they knew that there was absolutely no evidence to support such a thing and they drove it further into surveillance, Trump executives, officials throughout the presidency. Then he comes and he tells us that he wants to hire 166,000 total IRS agents. That’s an additional 87,000 IRS agents. That would put us at 166,000 IRS agents to audit all of us when his son, Hunter Biden is right now facing charges of not paying his taxes for all of the money that he took in and all of his account officials.

And let me just say that that’s going to be 1660 IRS agents versus 15,000 border agents. Get your head around that.

He says the border is secure. No, it’s not. A record 2.3 million people crossed into this country illegally. Almost a million others got away. And they’re somewhere in this country with bad intentions, likely. And, of course, thousands and thousands of pounds of drugs, enlisted narcotics like fentanyl, that are poisoning American citizens. Has he ever brought this up to Xi Jinping?

He’s spoken to Xi Jinping six times already, and we don’t have any evidence that he’s actually pushed him on the origins of COVID-19, which has killed millions. We’re talking about all of these lies and more this morning. And we’re going to get into what the Republicans are going to do about it with Ron Johnson. He will be the chairman of the subcommittee on investigations if he wins his racing. Wisconsin. We want to know what he’s going to do about the FBI and how political it has become. We’re also talking about that chilling story that you brought us earlier in the show about Xi Jinping taking out his predecessor for the world to see. It is now Xi Jinping’s world. What are we doing? All the canceled the China initiative in February of 2022. Why? So that we no longer can investigate all the intellectual property thefts that have cost our country, our companies in this country, hundreds of billions of dollars. We’re also talking to Kari Lake and what is interesting that’s going on right now. It looks like we are going to see a red wave, but there’s drama within the Republican Party. It feels like it’s mitch McConnell versus Donald Trump.

McConnell is only funding the establishment. Even if you’re a Republican, you may not get money. Look at like masters. We’re talking to Carrie Lake, who’s winning in Arizona, as well as Tudor Dixon, who’s taking on British and Whitmer in Michigan. So I’ll come out. We have British news in about 15 minutes on Sunday Morning Futures. Guys. That is an allstar our list of people. Thank you, Maria.

Don’t hold back, Maria. Don’t ever hold back.

The post NOT TO MISS: Maria Bartiromo GOES OFF on Joe Biden, His Lies, His Economy, His Failed Administration and Everything He Is Destroying in America Today (VIDEO) appeared first on The Gateway Pundit. 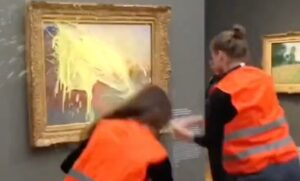 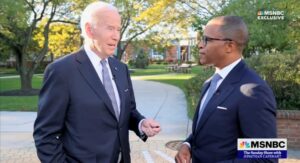 Next post “I Could Get a Disease Tomorrow… I Could Drop Dead Tomorrow!” – Joe Biden When Asked About His Old Age (VIDEO)