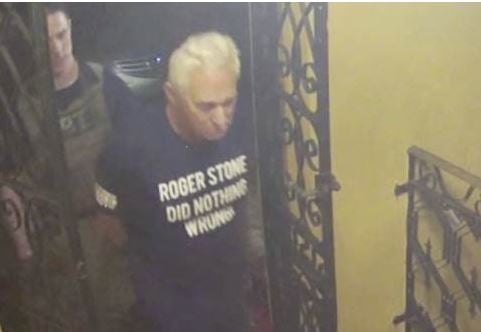 Andrew Weissmann has been intimately involved in some of the biggest corruption scandals in US history. Weissmann was involved in FBI activities with the mob in New York in the 1990s.  He was a key member of the Enron Task Force and also was involved in the sale of 20% of US Uranium to Russia.  After all his corrupt acts, he then led the corrupt Mueller Special Counsel.  Weissmann’s actions related to Roger Stone were abhorrible.

The hallmark of the Department of Justice for decades has been to seek justice not convictions and if that meant letting a guilty person go free to make sure the government did it all right, then that was supposed to happen.

But Mr. Weissman, he couldn’t spell the word “ethics” despite the fact somebody actually had him teach a course in it one time, I think over in England.  His mantra is ‘the end justifies the means’… he targets people, individuals. And you’re right, I had no doubt from the moment he was picked for the Mueller Special Counsel operation, that he would have filed RICO charges against President Trump and seized every asset he ever had, if there had been any way he could do that.

He’s just filled with hatred for apparently most Americans and certainly anybody affiliated with President Trump.  And he’s willing to do anything to destroy them.

I have said, from my personal experience at least with this case, I consider Andrew Weissmann to be the most ethically bankrupt prosecutor I have ever encountered, and that’s a pretty broad spectrum of prosecutors over the course of my career…

Today we share our interview with Roger Stone regarding Andrew Weissmann.  Stone was indicted on bogus charges by the Weissmann-led Mueller gang in January 2019.  Stone summed up his thoughts on Weissmann in this one sentence:

I believe what the bible says in Hebrews 10: Vengence is served for the Lord – but there is a special place in hell for Andrew Weissmann.”

Roger Stone shares the story of how 29 heavily armed FBI agents swarmed his house on the morning of January 25, 2019, and arrested Stone on totally fabricated charges.  Only minutes after he was arrested an employee of CNN texted a copy of Stone’s still-sealed indictment to Stone’s lawyer.  This copy had no court markings but it did have Andrew Weissman’s metadata tags.

Weissmann was the de facto head of the Mueller investigation.  “I think it’s now clear that Mueller was around the bend mentally,” Stone says.

Stone listed Weissmann’s corrupt actions.  He couldn’t believe that Weissmann talks about his work on the Enron task force as if it was a success after destroying the lives of thousands of individuals working for Enron and the accounting firm Arthur Andersen.

“This guy has a long history of prosecutorial misconduct.”  He knew early on that the Steele dossier was garbage and yet used it to go after President Trump.

Stone mentioned that Weissmann worked with people like Aaron Zelinsky in the Mueller gang who was like the character John Belushi played in ‘Animal House’, “a dumb thug”.

Weissmann indicted Stone for lying to Congress but could find no connections between Stone and WikiLeaks.  The case against Stone was based on connections between Russia and WikiLeaks.  But now we know there were no such connections.  This was made up.  Yet Stone was indicted for an insignificant statement he made in front of Congress in a case based on the lie that Russia gave emails to WikiLeaks.  “The statements I was charged with lying about were entirely and completely immaterial”, Stone says.  Yet Weissmann worked with Adam Schiff to get Stone on immaterial gotcha statements and used this to charge Stone.

The corrupt judge in Stone’s case, Amy Berman Jackson would not allow Roger Stone to see the evidence tying Russia to the DNC because there was none.  Yet this was the crux of the case.

In my trial, my lawyers demanded that the Crowdstrike’s report that allegedly proved that the DNC had been the target of any online hack.  Judge Jackson denied us that report.  Now we know why.

Shawn Henry, the head of Crowdstrike, who just happens to be formerly Robert Mueller’s deputy at the FBI, testified before the House Intelligence Committee that the Crowdstrike’s report did not actually include any proof, whatsoever, that the DNC had been the target of an online hack by the Russians.

So it occurred to me, when they filed the case against the 17 Russians, Rod Rosenstein the press release announcing it, specifically says no US citizen had violated the law but they did manage to dump my name into the indictment claiming that I had been in touch with an online persona called Guccifer 2.0.  What they didn’t mention is in the Twitter direct message where I had communicated with Guccifer 2.0, whoever or whatever that may be, took place three months after WikiLeaks had already published all of the DNC material.  Consequently, my being involved in a conspiracy ex post facto, after the fact, would have been entirely impossible.

Judge Jackson never let Stone prove that the DNC was not the subject of an online hack which was the basis for Stone’s indictment.

“If you look at my indictment, the first 14 pages, the underlying premise of my indictment is that the Russians hacked the DNC and that is something that never happened.”

Eventually, Stone was convicted of a crime in front of a corrupt judge and at least one corrupt jury member before being eventually pardoned by President Trump.

Stone mentions also that Rod Rosenstein who created the corrupt Mueller Special Counsel and who appointed Mueller and Weissmann to the gang was appointed second in charge at the DOJ at the direction of Reince Priebus, President Trump’s first Chief of Staff.

Here is the entire interview with Roger Stone regarding Andrew Weissmann:

Weissmann is one of the most corrupt individuals to ever work in the DOJ.  He doesn’t seem to care who he hurts, it’s all about the end game.

None of Weissmann’s corrupt and dishonest actions over the years prevented Weissmann from moving up the ranks in the DOJ, they helped him.

Weissmann and Robert Mueller and others in the Enron Task force destroyed over 80,000 Arthur Andersen professionals’ careers in the early 2000s.

Weissmann’s actions led to four Merrill Lynch professionals facing time in prison, one in solitary, all were later found innocent in the mid-2000s.

Weissmann’s corrupt actions are the standard for the DOJ today.

Weissmann is still trying to get President Trump.

EXCLUSIVE – ANDREW WEISSMANN PART III: For 30 Years a Condemned Man Sits in Prison Because of Weissman’s Actions in the Most Corrupt Prosecution in DOJ History

EXCLUSIVE – ANDREW WEISSMANN PART IV: “I Consider Andrew Weissmann to be the Most Ethically Bankrupt Prosecutor I Have Ever Encountered” – Attorney David Schoen (VIDEO)

EXCLUSIVE – ANDREW WEISSMANN PART IX: Weissmann Covered Up Russian, Clinton and Obama Actions Related to the Sale of Uranium One to Russia

The post EXCLUSIVE – ANDREW WEISSMANN PART X: “There Is a Special Place in Hell for Andrew Weissmann” – Exclusive Interview with Roger Stone appeared first on The Gateway Pundit. 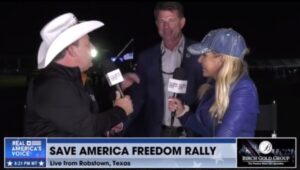 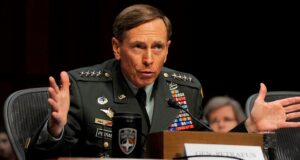 Next post David Petraeus: US May Lead Multinational Force Against Russia in Ukraine