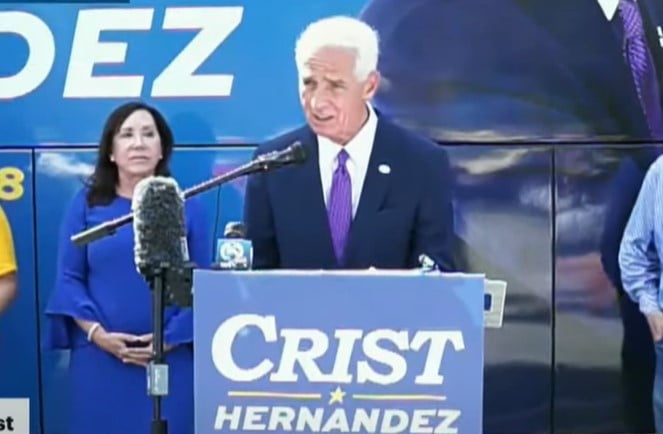 A spokeswoman for Crist announced that “Austin Durrer has departed the campaign to focus on a family matter.”

“Austin Durrer has departed the campaign to focus on a family matter,” Crist spokeswoman Samantha Ramirez said, according to Florida Politics. The campaign insists Durrer’s leaving is not the product of Crist’s sagging poll numbers. Sydney Throop will take over the role. Throop previously ran Crist’s congressional campaigns.

A former Florida Republican governor, Crist announced he would run for Senate as an independent following his failure to win the GOP primary contest against Marco Rubio in 2010. He subsequently won election to the House of Representatives as a Democrat and now seeks to topple Florida Republican Gov. Ron DeSantis and reclaim his old job.

Now we know that Crist’s former campaign manager Austin Durrer was arrested for domestic violence before he left the campaign.

The incident involved Austin Durrer and his wife.

Airwaves — The television gap is stunning. An analysis by tracking firm AdImpact shows that as of the start of this week DeSantis and the Republican Party has spent roughly $44 million, compared to $11.3 million spent by Crist and the Florida Democratic Party. But a decent chunk of Crist’s spending was done ahead of the August primary, then Crist was off the air for about three weeks following his win over Agriculture Commissioner Nikki Fried. 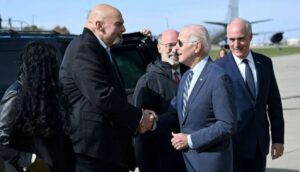 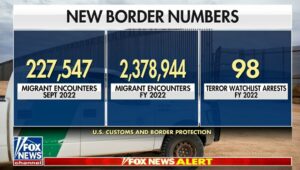 Next post Record 227,347 Illegals Apprehended at Open US Border in September – 2.3 Million Apprehensions This Year So Far and Counting