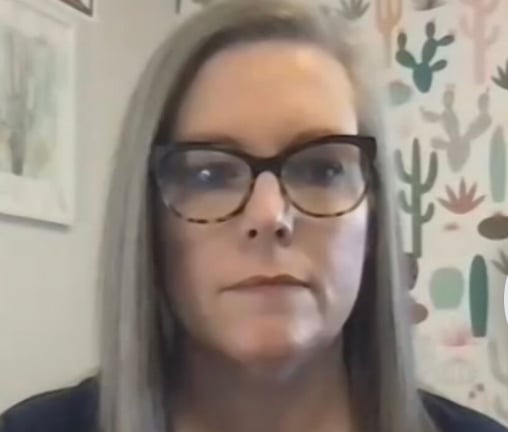 According to a new report, Arizona Secretary of State Katie Hobbs, Arizona’s Chief Elections Officer, has spent almost no time in her office while campaigning for Governor.

Katie Hobbs’ job is to administer secure and accurate elections.

This new report came one day after it was discovered that an “error” left as many as 6,000 voters incorrectly flagged as not having proof of citizenship on file and sent an incorrect ballot.

This also comes after Hobbs’ failure in the Arizona Primary Elections, where Pinal County RAN OUT of only Republican ballots, leading GOP voters to be turned away from the polls. This occurred because Hobbs gave the County an incorrect recommendation of how many ballots were needed.

The Gateway Pundit previously reported that in this same County and under Hobbs’ watch, 63,000 erroneous ballots were sent to voters ahead of the August 2nd Primary Election. Trump-Endorsed candidate for Secretary of State Mark Finchem called on radical leftist Secretary of State Katie Hobbs to resign from office following this debacle.

Trump-Endorsed Lake has also called on Hobbs to recuse herself from election duties numerous times this year.

Kari Lake recently told The Gateway Pundit, “Katie Hobbs needs to get her butt back in the office, open the doors and do the business of the people, and she needs to recuse herself from anything involving this election. Let’s face it. When she called half of the voters Nazis, that tells you that she doesn’t really care to look evenly and equally at voters.”

Arizona Secretary of State and Democratic gubernatorial nominee Katie Hobbs has only showed up to her state office 19 days in the past six months, records reveal.

Between April 1 and Oct. 14, Hobbs has swiped her security badge at the Arizona state Capitol Building, which houses the secretary of state’s office, a total of 19 days, according to documents obtained through a public records request and shared with Fox News Digital.

Just last week, Hobbs told local radio host Barry Markson that she is “actively involved” with her office while she continues to campaign for governor.

“My day starts before 8 and ends well after 5,” she said. “In addition to the campaign trail I am also still secretary of state and actively involved with my office.”

At the time of that interview on Oct. 13, Hobbs hadn’t visited her office in nearly a week, the records showed.

Some of Hobbs’ absences from her office have lasted weeks. She didn’t enter the Capitol building for nearly a month in April and again in August, the records showed.

“Secretary Hobbs and many of the dedicated staff of the SOS have been working remotely the way many Americans have since the pandemic,” a spokesperson told Fox News Digital in an email Thursday. “It is not reflective of the amount of time she dedicates to the office. Secretary Hobbs is committed to her responsibilities as Secretary of State.”

Aside from her record of racism, her failure to show up and do her job, along with her previous election incompetence, are more reasons why Katie Hobbs refuses to debate Kari Lake.

The Gateway Pundit has reported extensively on Katie Hobbs’ refusal to debate or explain herself to the media.

The post AZ Secretary of State And Democrat Gubernatorial Nominee Katie Hobbs Showed Up To Her Office Just 19 Days In Past 6 Months appeared first on The Gateway Pundit. 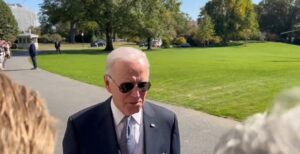 Previous post Joe Biden as He Prepares to Depart for Another Weekend Vacation in Delaware: Democrats “Have a Great Record” On Crime (VIDEO) 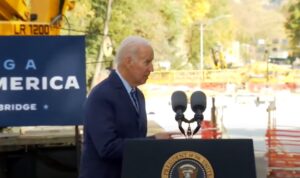 Next post VIDEO: Joe Biden Gets Lost – Can’t Find His Way Off Stage Again – And Fake News Continues to Ignore This