Virginia Governor Glenn Youngkin will be in Tucson, Arizona, this morning and in Scottsdale, Arizona, later this evening to campaign on behalf of Trump-Endorsed Arizona Gubernatorial Nominee Kari Lake.

Glenn Youngkin is the first Republican governor of Virginia in over ten years.

The radical left was so terrified of Youngkin that they staged fake white supremacists for a photo-op with his campaign bus in a failed attempt to stop him.

Lake’s incredible campaign for Governor of Arizona has drawn in support from politicians and elected officials across the country who understand how important Arizona is to save our country.

At 11 am, Governor Youngkin will rally with Kari Lake in Tucson, Arizona.

Join me in welcoming @GlennYoungkin to Arizona for a RALLY in Tucson!

I am so excited for this event and can’t wait to see you all there!

Later tonight at 7:30 pm, Youngkin will rally with Lake again in Scottsdale, Arizona.

Tickets can be found here.

SCOTTSDALE! I’m so excited for this event. Join @GlennYoungkin and I this Wednesday as we rally together to save the country

The Gateway Pundit previously reported on Glenn Younkin’s inauguration speech, where he received a standing ovation for vowing to put parents’ education rights first, saying, “to parents, I say we respect you, and we will empower you in the education of your children.”

This aligns with Kari Lake’s agenda, which fights for children and families in education. Kari has vowed to fight against the masking and indoctrination of students in schools.

I am running for Governor for my children AND your children.

Tonight and always, I stand in solidarity with the kids that are being forced into masks & the parents that are pushing back against tyrannical School Boards.

This is a hill I will die on, if necessary. pic.twitter.com/UCSN8Iyzkb

Kari Lake has another conservative fighter on her team.

The post Virginia Gov. Glenn Youngkin To Campaign With Kari Lake In Tucson And Scottsdale TODAY appeared first on The Gateway Pundit. 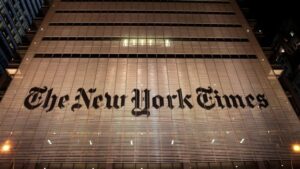 Previous post New York Times Believes that Rising Costs of Living are Driving Up Inflation- What?