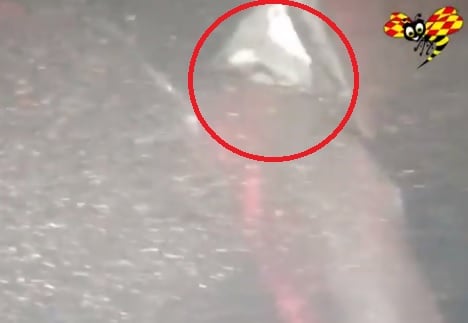 On Tuesday Sweden released the first photos from the damaged Russian Nord Stream 1 pipeline to Germany.

The footage was published by the Swedish newspaper Expressen.

A huge explosion measuring 2.3 on the Richter Scale caused a massive hole and 50 meters of damage to the pipeline.

It is clear the explosion was not caused by Russia or they would have reported that by now. Sweden is not sharing its investigation which seems odd unless they are trying to protect someone.

Norwegian photographer Trond Larsen from Blueye Robotics said only an extreme force could bend such thick metal – the outer diameter being 1.4 metres.

Sweden rejected a joint investigation with Denmark and Germany, claiming the data was too sensitive to share.
2/

Here is video of the damaged pipeline taken by an underwater drone operated by Expressen.

video of the damaged Nord Stream pipelines, shot by an underwater drone operated by @Expressen. Copenhagen police and Norwegian investigators said today that the damage was caused by “powerful explosions.” pic.twitter.com/7XKq4XIuQT

At least 50 metres (164ft) of an underwater pipeline bringing Russian gas to Germany is thought to have been destroyed by a blast last month.

Video shot by a Norwegian robotics company, published by Swedish newspaper Expressen, appears to show the massive tear in the Nord Stream 1 pipe.

It is still unknown who or what caused the blasts amid suspicions of sabotage.

Gas deliveries have been suspended since the 26 September explosions on the pipes crossing the Baltic Sea.

The Kremlin has accused Western investigators of seeking to blame Russia for the damage. 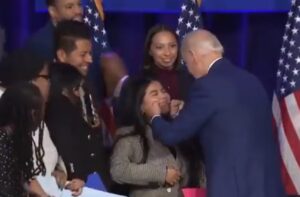 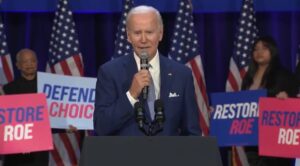 Next post HE’S SHOT: Joe Biden: “The Right That I Pushed Hard and I Finally Got Changed to Marry Couples in the Privacy of Their Bedroom” (VIDEO)
Enter Your Information Below To Receive Free Trading Ideas, Latest News And Articles.
Your information is secure and your privacy is protected. By opting in you agree to receive emails from us. Remember that you can opt-out any time, we hate spam too!