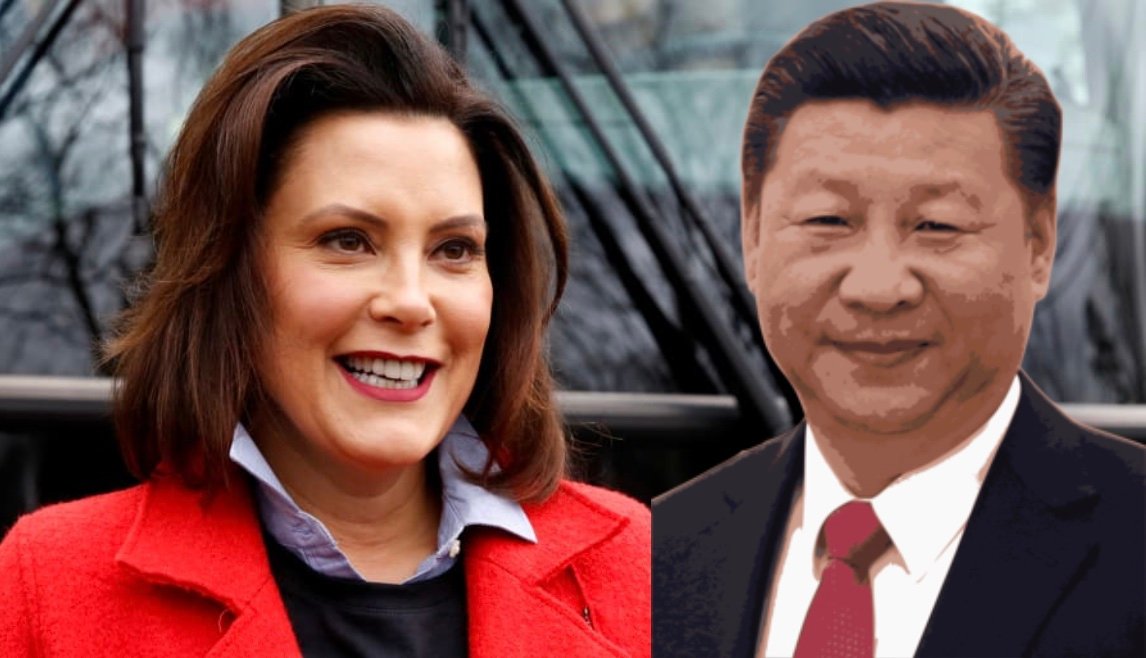 100 Percent Fed Up reports – In an attempt to subdue the frustration of Michigan’s voters over the state’s poor economy, Governor Gretchen Whitmer, who is up for reelection in November, likely is desperate to add something notable to a list of economic accomplishments for the state. But, unfortunately, Michigan has lost almost 92,000 jobs during her time in office. Moreover, it has not recovered from Covid 19 as fast as most states have, likely due to Whitmer’s poor handling of the situation. Governor Whitmer became nationally known for her tyrannical Covid mandates and lockdowns. Whitmer destroyed businesses across the state, harming most industry sectors but causing serious damage to restaurants, retail, and small businesses. Her trampling of the US and State constitution necessitated the State Supreme Court to reign her in. Her actions were ruled as unconstitutional, and the fines she attempted to place on businesses that did not follow her mandates were also overturned.

With the economic disaster in her rearview mirror and a tight election race up ahead, it might be understandable why unpopular Governor Whitmer leaped at the prospect of announcing a large company moving to Michigan,  providing new jobs and revenue in an area of the state that was decidedly opposed to her covid protocols.

The problem is the company has serious ties to the Chinese Communist Party (CCP) and will be funded by Michigan taxpayers.

Under NO circumstances should @GovWhitmer give a Chinese company Michigan taxpayer money to build a battery plant in Michigan. The fact Whitmer’s administration is promoting this is RIDICULOUS.

According to the Detroit News, a Michigan government board approved $715 million in grants plus a tax exemption for battery manufacturer Gotion, Inc. on Wednesday. The funds will be used to build an electric vehicle battery manufacturing plant in Big Rapids.

“Although the company’s U.S. subsidiary was incorporated in California in 2014, Gotion was founded in 2006 in Hefei, China. Gotion is headed up by Zhen Li, a member of the Chinese Communist Party who served three terms on a party committee.”

There is concern that Chinese firms may develop undue leverage over U.S. supply chains. The Chinese control large portions of the supply chain for electric vehicle batteries. In 2021 Chinese manufacturers produced 79% of all lithium-ion batteries.

Michigan Taxpayers to Foot $951 Million for

According to the Daily Caller, the Michigan Strategic Fund (MSF) Board’s grant will reportedly save Gotion, Inc. $540 million over 30 years. In addition, the company claims 2,350 new jobs will be created. On Sept. 28, the Michigan state legislature approved $1 billion in new spending, $846 million of which goes to the fund that Gotion will be paid out of.”

In a statement, Quentin L. Messer, Jr., chairman of the MSF Board, said,

“We are thrilled to congratulate the Gotion team on choosing Michigan as their American home for the opportunity! Team Michigan continues to out-hustle and out-compete to ensure every global company considering their future expansion opportunities can see their future here in our state, just like Gotion does.”

Unfortunately, Governor Whitmer made it impossible for “team Michigan” to “out-hustle” and “out-compete” other states. Tudor Dixon, Whitmer’s Republican challenger, was asked how she would handle a similar situation. Dixon, a fan of freedom, said she would have enabled businesses and individuals to “make choices for themselves” instead of imposing “extreme lockdowns.”
Dixon also vows that Michigan taxpayer dollars will go toward policing, schools, infrastructure, and safe cities, not a Chinese corporation.

.@GretchenWhitmer is preparing to give taxpayer-funded corporate welfare to a foreign Chinese-backed company.

Why is Gretchen backing China over her own country?

Can she assure us there will be no influence from the CCP?

When I am Governor we will put Michigan families first! pic.twitter.com/t5Uda9z1P4

Tudor Dixon, who is endorsed by President Trump, destroyed Michigan’s tyrannical Governor Gretchen Whitmer in their first debate last week and is closing in on her in the polls, despite being massively outspent by Whitmer, who has received huge donations from radical progressives, many of them from out-of-state. She needs all of the help she can get to push her over the finish line. 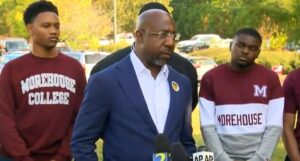 Previous post “Why Should Georgia Voters Give You Another Chance?” Reporters Ambush Warnock, Blame Soaring Inflation on Biden and Democrats in Congress (VIDEO) 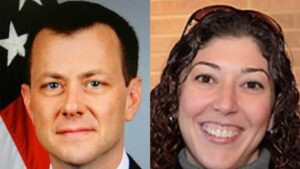