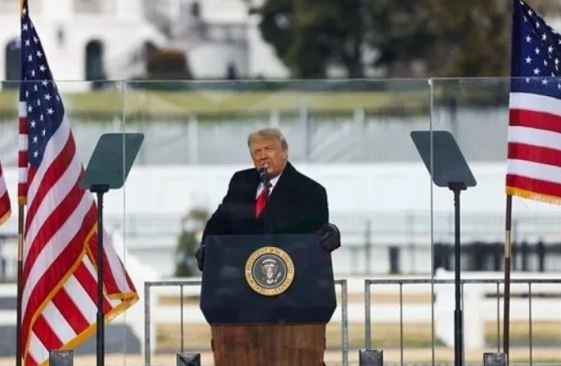 Today, President Trump has released a memo addressed to Rep. Bennie Thompson, the chairman of the committee.  In it, he addresses some of the inadequacies of this highly-partisan witch hunt committee, who’s only two “republican” members were either destroyed in their primary election by record setting deficits for an incumbent, or flat out refused to run for re-election to perhaps pursue private aspirations after their “service”.

The President’s memo addresses ignoring election fraud, ignoring his offer to deploy National Guard troops, the media cover up of the size of the crowd, and the price they’ll pay in the 2022 election.

THE PRESIDENTIAL ELECTION OF 2020 WAS RIGGED AND STOLEN!

The same group of Radical Left Democrats who utilized their Majority position in
Congress to create the fiction of Russia, Russia, Russia, Impeachment Hoax #1,
Impeachment Hoax #2, the $48 Million Mueller Report (which ended in No
Collusion!), Ukraine, Ukraine, Ukraine, the atrocious and illegal Spying on my
Campaign, and so much more, are the people who created this Committee of
highly partisan political Hacks and Thugs whose sole function is to destroy the
lives of many hard-working American Patriots, whose records in life have been
unblemished until this point of attempted ruination. The double standard of the
Unselects between what has taken place on the “RIGHT,” and what has taken
place with Radical Left, lawless groups such as Antifa, Black Lives Matter, and
others, is startling and will never be acceptable, even to those who will be writing
the history of what you have done to America.

This memo is being written to express our anger, disappointment, and complaint
that with all of the hundreds of millions of dollars spent on what many consider to
be a Charade and Witch Hunt, and despite strong and powerful requests, you have
not spent even a short moment on examining the massive Election Fraud that took
place during the 2020 Presidential Election, and have targeted only those who
were, as concerned American Citizens, protesting the Fraud itself. Those who
committed the Fraud, thereby having created the Crime of the Century, go
unblemished and untouched, but those who fought the Crime have suffered a fate
that was unthinkable just a short time ago. We have a two-tier system of Justice in
the United States that cannot be allowed to continue. A Majority of people in our
Country say that the Presidential Election of 2020 was determinatively dishonest,
including the fact that many Legislatures were overridden by local and State
politicians and judges on vital regulations and requirements, which is totally illegal
and UNCONSTITUTIONAL. In February 2021, Time Magazine broke the story
of the shadow campaign that was launched to rig the 2020 Presidential Election.

The authors write:
“‘To the President, something felt amiss. ‘It was all very, very strange,’
Trump said on Dec. 2. ‘Within days after the election, we witnessed an
orchestrated effort to anoint the winner, even while many key states were
still being counted.’ In a way, Trump was right. There was a conspiracy
unfolding behind the scenes…”

You did not ask one question about any of this. Since 1888, no incumbent
President has gained votes and lost reelection. I received many millions more
votes in 2020 than I did in 2016, unheard of in our political History. When you
win Ohio, Florida, and Iowa, which I did in a landslide, no President has lost the
General Election since 1960. We swept all four bellwether States (Iowa, Florida,
Ohio, and North Carolina) that have correctly predicted Election winners since
1896. I won 18 of the 19 bellwether counties, my coattails secured the Victories of
27 out of 27 “toss up” House races, and the Democrats did not flip a single State
Legislature. Yet somehow Biden beat Obama with the Black population in select
Swing State cities, but nowhere else. It is all not possible, or very likely, but
should have been a major subject of your Committee’s work because it was the
Election result that brought this record-breaking crowd to Washington, D.C. on
January 6th.

A large percentage of American Citizens, including almost the entire Republican
Party, feel that the Election was Rigged and Stolen (because they have seen the
determinative evidence, some of which is attached to this letter).
No work was done by the Committee on Election Fraud. We, and a huge portion
of the American people, simply asked that it be a part of your Committee’s work.
It wasn’t.

In addition, the Unselect Committee has willfully ignored the fact that days before
January 6, 2021, I recommended and authorized thousands of troops to be
deployed to ensure that there was peace, safety, and security at the Capitol and
throughout Washington, D.C. on January 6th because I knew, just based on instinct
and what I was hearing, that the crowd coming to listen to my speech, and various
others, would be a very big one, far bigger than anyone thought possible. As it
turns out, it was indeed one of the largest crowds I have ever spoken before, a very
wide swath stretching all the way back to the Washington Monument. The
massive size of this crowd, and its meaning, has never been a subject of your
Committee, nor has it been discussed by the Fake News Media that absolutely
refuses to acknowledge, in any way, shape or form, the magnitude of what was
taking place. In fact, for such a historic event, there are very few pictures that
accurately show the event, or how many people were really there. Incredibly, it
seems that pictures showing the size of the event were perhaps cancelled,
scrubbed, deleted or, in any event, not available, but we still have some—as
attached.

The Department of Defense timeline shows that National Guard troops could have
easily been present at the Capitol before January 6th and that I fully authorized this
recommendation and request. Following my authorization, the Department of
Defense was surprised to receive a wholesale refusal, in writing, from D.C. Mayor
Muriel Bowser and the Capitol Police, who do not report to me, but report to
Speaker of the House Nancy Pelosi. The law requires their authorization before
any troop deployment could be utilized in Washington, D.C.
Why the failure to act or use this ready force? Had even a small percentage of
National Guard or fencing been there, there would have been no problem, January
6th would have been just another date. I did my job long ahead of schedule. Some
people call it good instinct, but the troops were ready to go. Nancy Pelosi and
Muriel Bowser didn’t do their job, they didn’t like the look of soldiers, and sadly
your Committee refuses to say anything about it, because if they did, it would be
clear that I did everything correctly, and that is not what the Committee wants to
see. You stated openly that Nancy Pelosi is off limits, there will be no discussions
on this subject, yet she and the Mayor were responsible for this very bad decision
not to bring in the troops. The troops were ready to go, and you refuse to even
discuss this subject. Why?

Despite very poor television ratings, the Unselect Committee has perpetuated a
Show Trial the likes of which this Country has never seen before. There is no Due
Process, no Cross-Examination, no “real” Republican members, and no legitimacy
since you do not talk about Election Fraud or not calling up the troops. It is a
Witch Hunt of the highest level, a continuation of what has been going on for
years. You have not gone after the people that created the Fraud, but rather great
American Patriots who questioned it, as is their Constitutional right. These people
have had their lives ruined as your Committee sits back and basks in the glow.
The people of this Country will not stand for unequal justice under the law, or
Liberty and Justice for some. Election Day is coming. We demand answers on the
Crime of the Century. 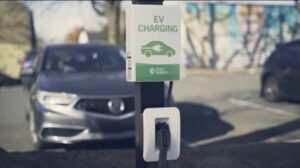 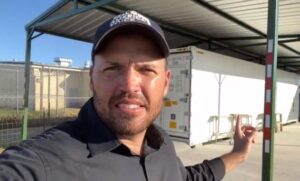 Next post ‘This Is The Reality Of Open Borders’: Texas Sheriffs Are Creating Makeshift Morgues To House Record Number Of Illegal Aliens’ Dead Bodies