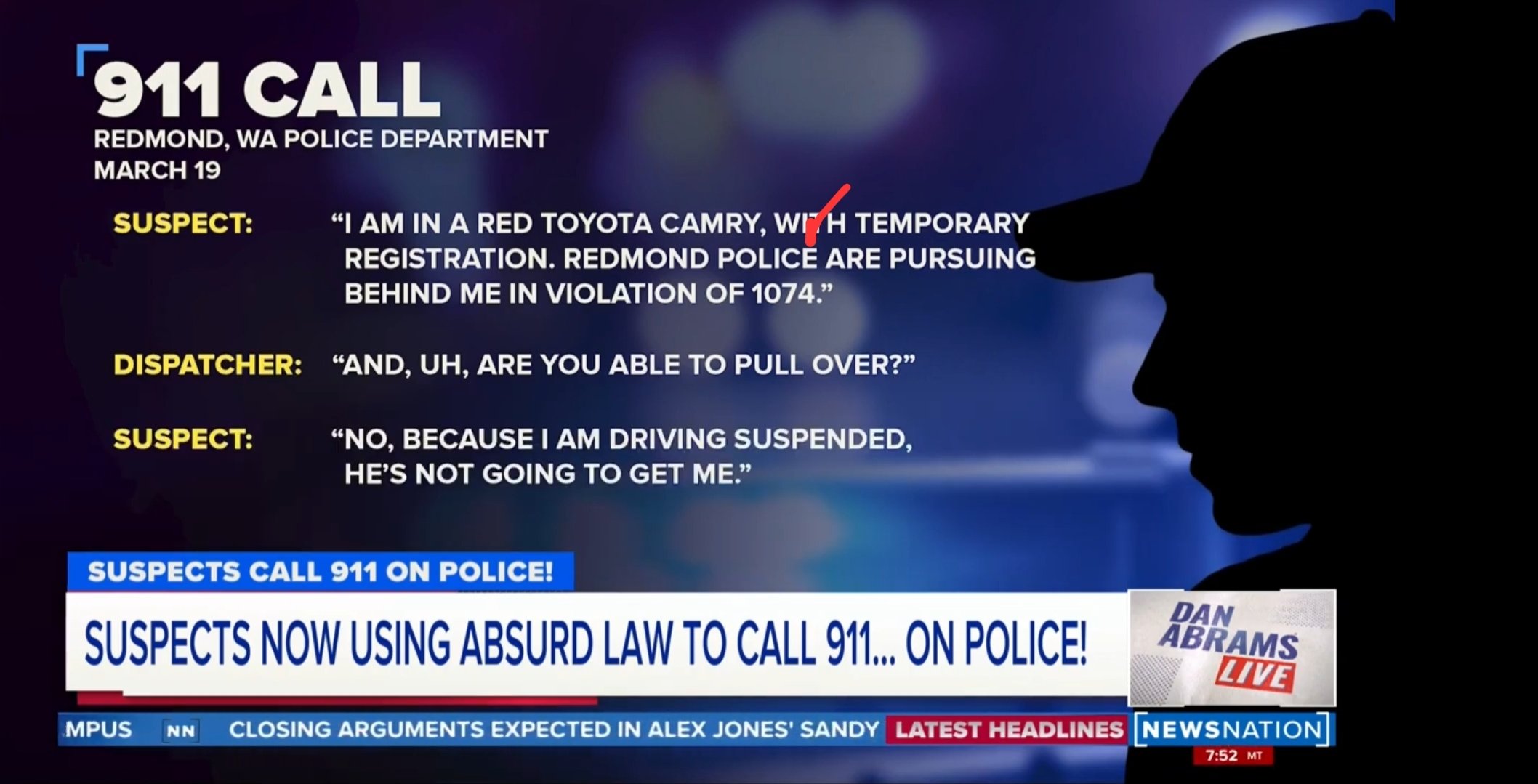 The State of Washington, like most other Democrat-controlled areas, has experienced a massive spike in crime thanks to radical, felon-first policies that have emboldened criminals like never before.

However, one of the most ridiculous police ‘reform’ policies to be tried anywhere is currently wreaking havoc after it was implemented in the state last year. Passed overwhelmingly by the radicals in the state legislature, House Bill 1054 drastically limits the situations in which the state’s police officers can engage in vehicular pursuits of criminals. Now that the law is in place, they are only allowed to engage a fleeing suspect once permission is given by a commanding officer – a rare occurrence, thanks to the restrictive nature of the law.

Naturally, the greatest (and likely only) benefactors of this, are the criminals. And, as to be expected, things have turned into a total clown show.

As of this week, it is now being reported that criminal suspects are calling 911 as they flee from police in order to report the officers for pursuing them, according to NewsNation.

“A new law in Washington state that places restrictions on police pursuits has resulted in suspects calling 911 to prevent officers from chasing them.

In one call released by the Redmond Police Department, a man admits he is driving on a suspended license, but tells the operator when she asks him if he can pull over: “No … he’s not going to get me.”

Back in January, this restriction on police that prevents them from doing their job caused officers in Seattle to stand down when the driver of a stolen vehicle ignored commands to stop and recklessly careened through a tight city block past several officers with their guns drawn. Officers did not have permission to pursue, so the driver sped off.

For over a year, the police have been dealing with criminals recklessly fleeing in situations like this because the ‘reformed’ laws shield them from any accountability. And, now, they’re calling the police on the police! It’s total clown world…

NewsNation’s Dan Abrams seems to think as much, calling the situation “absurd” on his show Monday night as he struggled to contain his bewilderment:

“A new law limiting police pursuits in Washington State has become so absurd, that suspects are now calling 911 to report the police…So, get this. Drivers are now damitting their crimes to 911 dispatchers – as they try to get the police to stop pursuing them…

…It’s even having implications when police are trying to help hostages.”

Unbelievably, it’s not just hardened and reckless criminals taking advantage of this law, it’s also seemingly people who are simply being pulled over for routine traffic stops. A recording of one such example was included in Abram’s Monday night segment.

Suspect: “I have a cop chasing me in violation of house bill 1047”

Suspect: …”The cop is not allowed to me for driving suspended.”

Suspect: “I am in a Red Toyota Camry, with temporary regisration. Redmond police are pursuing behind me in violation of 1074.”

Suspect: “No, because I am driving suspended. He’s not going to get me.”

If you can even believe it, unfortunately, this petulant suspect ended up driving off on his merry way without so much as a wave from the officer in pursuit, as officers were eventually forced to stand down.

“Police say an officer followed the suspect, who called 911… followed him under a freeway, watching him as he sped away.”

Somehow, the 911 call did the trick… absolutely unreal.

Take a good look – this is progressive policing in action.

The post ‘Progressive Policing’ In Action – Criminals in Washington are Calling 911 as They Flee From Police Because the State’s Woke Laws Prevent Officers From Pursuing Them (VIDEO) appeared first on The Gateway Pundit. 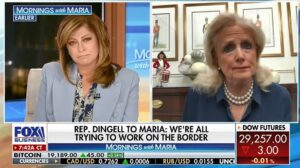