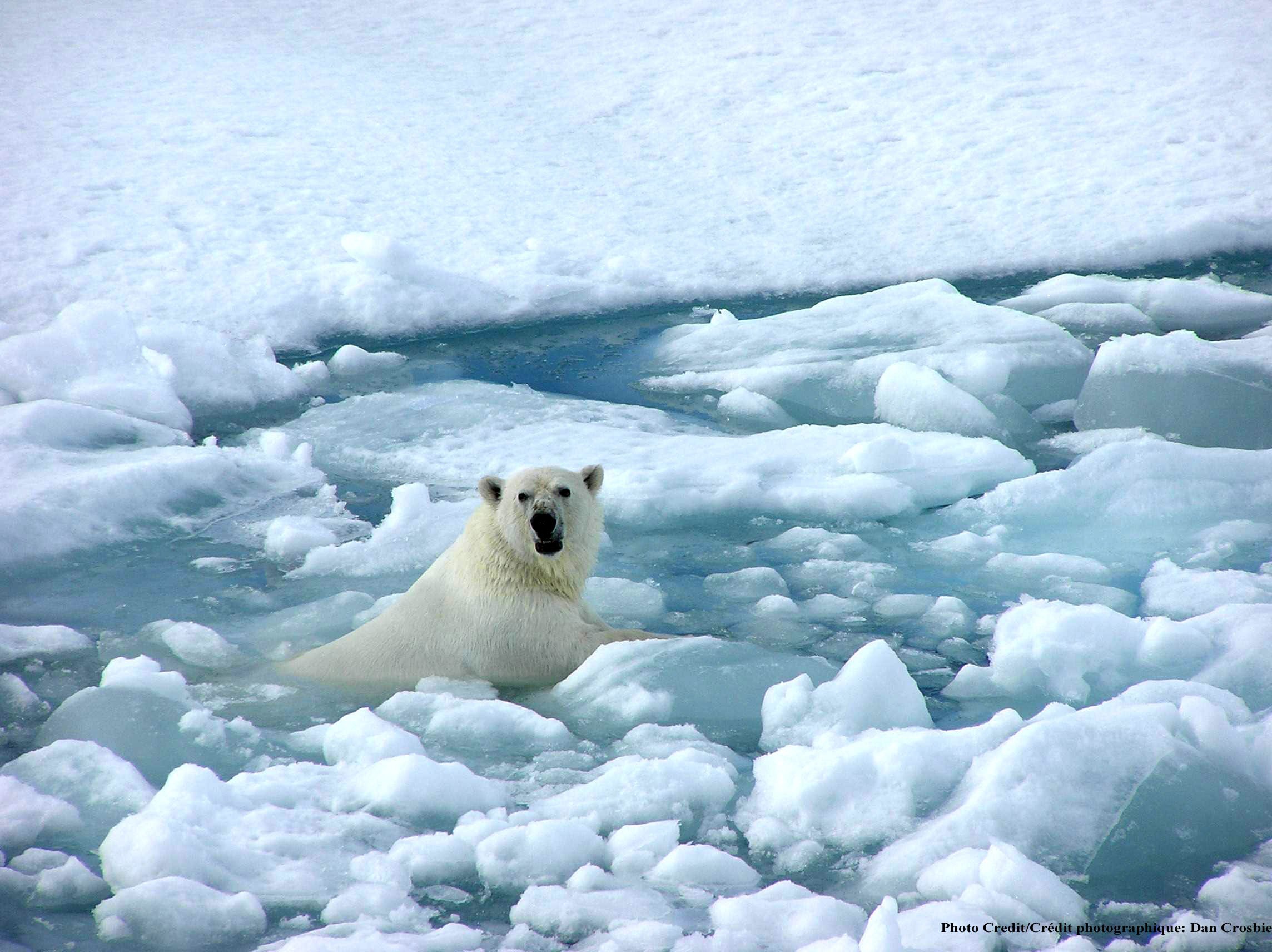 Since the COVID-19 scam has been revealed as the prelude to the Great Reset, many people now realize the extent to which science has been corrupted to serve the interest of politicians. This includes climate “science”.

You’ve probably already guessed that the earth is not heating up. But you may not know these facts, any one of which would totally disprove the false global warming hypothesis (unproven theory). Here are five. And this is just the tip of the iceberg.

In 2009 1,079 emails between climate scientists at the University of East Anglia’s Climatic Research Unit (CRU) in the United Kingdom and others working with them, were leaked. This small group of scientists had been the most influential in driving the worldwide alarm over global warming. Their emails proved that they were engaged in unethical practices, such as tampering with data and keeping scientists who disagreed with them out of the peer review system.

These leaked email documents revealed discussions between these men about how they could manipulate data to get rid of the Medieval Warm Period, which extended from about 950 AD to 1250 AD. They revealed that this group also considered tactics to prevent the release of the data on which the IPCC’s conclusions were based: data requested by other scientists under Freedom of Information (FOI) laws. In Britain, failure to release FOI-requested data is a criminal offense. Phil Jones, head of the Climate Research Unit, claimed to have lost large chunks of this data.

Two years later, in 2011, 5000 more emails were leaked, in what is now called Climategate II. These were even more startling and incriminating than the 1,079 released in 2009. Myron Ebell commented, “If there were any doubts remaining after reading the first Climategate emails, the new batch of emails that appeared on the web today [November 22] make it clear that the UN Intergovernmental Panel on Climate Change is an organized conspiracy dedicated to tricking the world into believing that global warming is a crisis that requires a drastic response.”

This, in itself, should have been the end of the global warming fiasco. Unfortunately, it was all covered up.

2. CARBON DIOXIDE IS INCORRECTLY DEPICTED AS THE MAIN “GREENHOUSE GAS.”

This totally incorrect graph is shown to our children: This graph shows the correct percentage of water vapor, over 95% of all greenhouse gases, compared with carbon dioxide, methane and nitrous oxide. The climate change alarmists chose carbon dioxide as the culprit, because it is produced when we burn gasoline and natural gas. Thus, they could blame
humanity for the “warming”.

None of the many predictions by climate alarmists, starting in the 1970s have come true. In contrast, astronomy — a real science — is able to predict solar and lunar eclipses to the second.

In the decade of the 1970s the media hammered us with thousands of articles saying that we were heading for an ice age. Then, when the climate started to warm in the 1980s, they suddenly reversed this story, stating that the earth is warming. You can read about the many false predictions in the book, The Green
New Deal and Climate Change: What You Need to Know, available on Amazon.

As unbelievable as it may seem, agencies in the United States, Australia, New Zealand, and other nations have actually changed their own temperature records.  Many climate scientists have been surprised and shocked to see later editions of graphs published by the National Oceanic and Atmospheric Administration (NOAA) that were changed from their previous editions.

NOAA moved older temperature records downward and more recent temperatures upward, making it appear that temperatures have risen. In other words, just as in the novel 1984, they’ve actually changed history. This is not a conspiracy theory but an easily-provable fact, determined by comparing previously published graphs with the newer editions of the same graphs published later by these same agencies after they had changed the data. You can learn more about how they did this at the website, RealClimateScience.com, by Tony Heller.

5. CLIMATE CHANGE IS A POLITICAL, NOT SCIENTIFIC, ISSUE.

A Canadian oilman who made a huge fortune in the US, Maurice Strong established the Intergovernmental Panel on Climate Change (IPCC) in 1988. A friend of the oil magnate David Rockefeller, Strong was appointed chairman of the 1972 Earth Day United Nations Conference, at which he advocated population reduction and the lowering of living standards in the interest of “saving the environment.” His radical viewpoints were revealed years later when he asked, “Isn’t the only hope for the planet that the industrialized civilizations collapse? Isn’t it our responsibility to bring that about?”

Strong helped found the Club of Rome in 1968. The members of this organization claimed that the earth’s resources were being used up too fast, especially by the industrialized nations. Many of their beliefs stemmed from the mistaken idea first advanced by Thomas Malthus in his 1798 Essay on the Principle of Population that the world’s population was increasing too fast.

The Club of Rome’s frightening goal and strategy based on these mistaken ideas was revealed in its book, The First Global Revolution (1991), which asserts, “In searching for a new enemy to unite us, we came up with the idea that pollution, the threat of global warming, water shortages, famine and the like would fit
the bill…All these dangers are caused by human intervention…The real enemy, then, is humanity itself.” Here they had hit on something for which to make people feel guilty.

History has shown in every instance that when a population’s living standards increase, the birth rate decreases. First, the death rate comes down; this is followed in a few years by a decrease in the birth rate. This principle is known as the Demographic Transition. Industrialized civilizations have lower birth and death rates than Third World countries.

A well-known strategy used by governments for grabbing power that has been known and used for a long time is – PROBLEM → REACTION → SOLUTION.

Those in power create a problem or crisis. They sell this “problem” to the people using thousands of reports and articles – cleverly contrived propaganda. The public reacts by begging for a solution, which is then provided handily by the people in power.

Because “global warming” is a worldwide “problem”, the “solution” is too difficult for nation-states by themselves to handle. Thus, the solution to this particular “problem” is nothing short of totalitarianism on a global scale.

It’s no accident that the UNFCCC and the Agenda 21 plan were given birth at the same time. The UNFCCC and Intergovernmental Panel on Climate Change (IPCC) would provide the excuse for the establishment of Agenda 21 (now Agenda 30). Strong set up the United Nations Environmental Program (UNEP) and the World Meteorological Organization (WMO) to create the “science” he needed to advance the Club of Rome’s political agenda. The Intergovernmental Panel on Climate Change (IPCC) would provide policy recommendations for politicians. Climate scientists were appointed to this agency to research the subject and write reports which would lend the scientific authority for the policy reports to be handed to individual governments.

The UNFCCC literally controlled the outcome of this research by narrowing its focus. In their research the IPCC scientists were permitted to consider only the IPCC’s definition of the term “climate change”, which is defined as:“a change of climate which is attributed directly or indirectly to human activity that alters the composition of the global atmosphere and which is, in addition to natural climate variability, observed over considerable time periods.” These scientists were not allowed to consider any other possibilities. The IPCC would write its summary report before the scientific report had even been submitted. They would take that
report to the scientists and tell them, “Make sure your report agrees with this.”

___________________
These are just a few of the many lies about “climate change” that have been told by those who are profiting enormously from this horrific scam that has already wasted trillions of dollars and will waste trillions more.
Many good scientists, some of whom have earned Nobel prizes, have spoken out against this travesty. Scientists know that the climate has always been changing without the help of mankind.

You can learn more about this subject by reading The Green New Deal and Climate Change: What You Need to Know, by Lynne Balzer, and by going to RealClimateScience.com, and RealClimateTools.com, created by Tony Heller 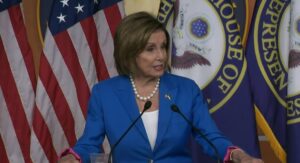 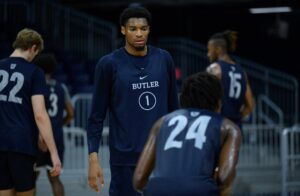