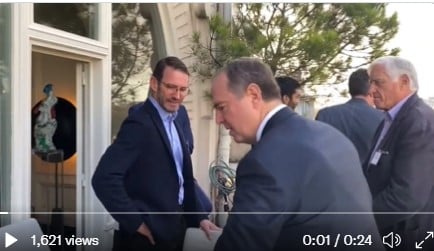 Pensil-neck Adam Schiff sipping wine on a Paris balcony at a DCCC fundraiser in France.

While American families suffer under record inflation and gas prices and record crime, two top Democrats traveled to France to sip wine and hold a fundraiser for Democrats.

Here are the DCCC invitations to supporters in Geneva and Paris.

.@PunchbowlNews reported on the trip earlier but here are a couple of the October fundraising invites from earlier this month in Europe for Rep. Adam Schiff and DCCC Chairman Sean Patrick Maloney pic.twitter.com/DjfFmBNp35

Schiff and Maloney embarked on a tour of Europe last week to fundraise from Democrats living abroad, Punchbowl News first reported. The New York Times’ Shane Goldmacher tweeted a screenshot Sunday of one of the fundraising invites to a “cocktail reception and dinner benefiting the DCCC” in Paris on Oct. 1.

Another invite tweeted by Goldmacher was to a DCCC fundraiser in Geneva, Switzerland, on Oct. 3. 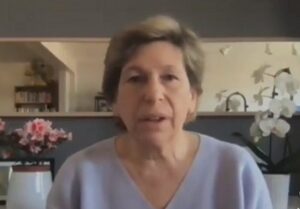