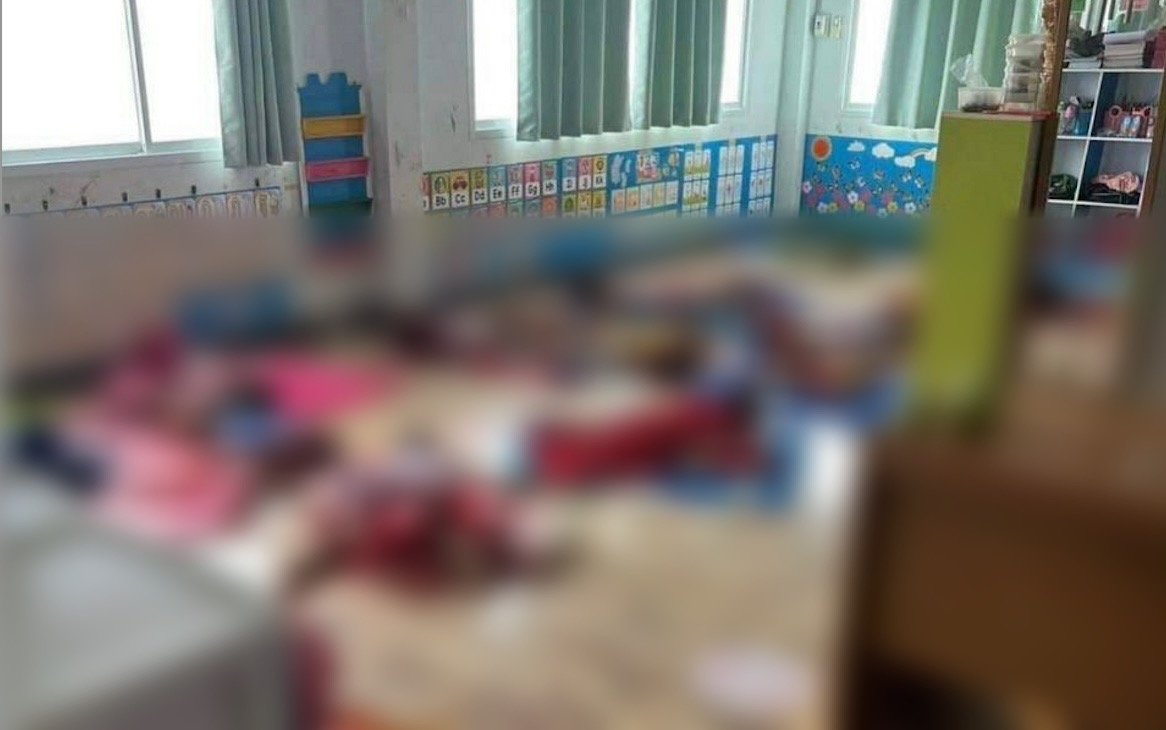 According to a presser given by the Thai police, a former police officer named Panya Kamrab opened fire with a gun and proceeded to stab individuals with a knife during an incident that took place at a preschool daycare center in Thailand.

The attack resulted in the deaths of at least 31 people, including at least 24 children. It is thought to be the deadliest attack of its kind in the country.

The horrific massacre happened in a preschool daycare center in the town of Uthai Sawan, in Nong Bua Lamphu province.

Students, teachers, and other workers were among the casualties. Some of the young victims, as young as two, were attacked while they slept.

In the press report, it was told the suspect shot and stabbed his victims before fleeing with a Toyota pickup truck.

The suspect allegedly killed himself and his family after a manhunt was launched following the attack in Nong Bua Lamphu province.

A motive could not be established at this point.

Headteacher Nanticha Panchum said the attacker’s son attended the centre but had not been there for a month.

The man used to drop his child off, and was always polite and chatty, she said.

Ms Panchum said there were usually more than 90 children at the school, but just over 20 were present on Thursday due to bad weather and a school bus breakdown.

“The shooter came in around lunchtime and shot four or five officials at the childcare centre first,” a local official, Jidapa Boonsom, who was working nearby, told Reuters news agency. One of them was a teacher who was eight months pregnant.

“At first people thought it was fireworks,” she said, adding that the man then forced entry to a locked room where children were sleeping.

Police officers arriving after the attack were confronted with horrific scenes, the bodies of adults and children, some of them very young, lying inside and outside the building.

“After inspecting the crime scene, we found that the perpetrator tried to break in and he mainly used a knife to commit the crime by killing a number of small children,” said Police Chief Damrongsak Kittiprapat.

“Then he got out and started killing anyone he met along the way with a gun or the knife until he got home. We surrounded the house and then found that he committed suicide in his home.”

A special correspondent for the Pattaya Mail Company Ltd. News and Media Group told The Gateway Pundit, “all of this madness could be the act of a mentally sick person, but some analysts have repeatedly warned that the Thai Government could initiate school shootings like in the USA to try to create gun grabbing laws.”

“Thailand in South East Asia has the most privately owned guns – that is something that the deep state cabal needs to end. I am not saying it is the reason here, but there is a strong suspicion in the air,” he said.

According to New York Times, although mass shootings are extremely rare in Thailand, the country’s officials have long been concerned about the possibility of increased gun violence in a country with millions of firearms.

There were more than 10.3 million privately owned firearms in Thailand in 2017, according to a survey by gunpolicy.org, a nonprofit organization based at the University of Sydney. Only about six million of those were registered.

The rate of private firearm ownership in Thailand that year worked out to about 15 guns for every 100 private citizens, the group said. That was far fewer than the United States’ rate of 120 guns per 100 people in the same year.

But Thailand, a majority Buddhist country of about 69 million, has some of Asia’s highest rates of gun ownership and gun homicide. It is also a key underground market for firearms in Southeast Asia, and experts say that many unregistered weapons have been brought in from neighboring countries.

The post Thailand Massacre: At Least 24 Children Killed in Gun and Knife Attack by Ex-Police at Thai Daycare Center appeared first on The Gateway Pundit. 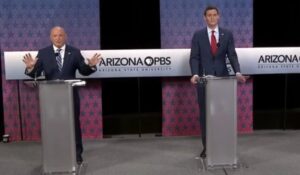 Previous post US Senate Candidate Blake Masters Tears Into Sen. Mark Kelly Like A Pro In Opening Statement At Yesterday’s Debate: “I’m Running To Be Your Next Senator Because Mark Kelly Has Messed Everything Up” 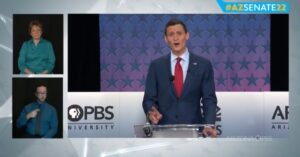 Next post WATCH: “Did You Or Did You Not Vote To Reject 18,000 More Border Patrol Agents? – I Think The Correct Amount Of Illegal Immigration Is ZERO.” – Trump-Endorsed Blake Masters Stumps Mark Kelly at Debate