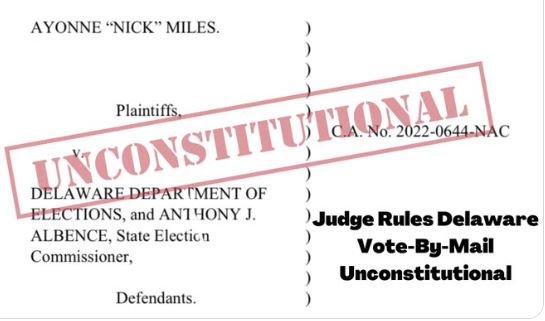 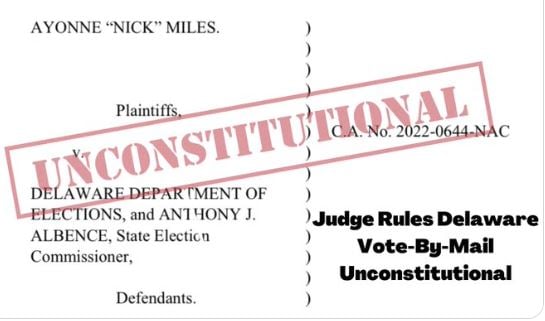 The Delaware Supreme Court ruled on Friday that mail-in voting is unconstitutional in the state.

I’m so, SO proud of my employee @realNickMiles for suing the state of Delaware to ban mail in voting- and WINNING! And now, after Democrats appealed the decision, the DE Supreme Court supported Nick’s win!!

Nick Miles, the Event Coordinator with #WalkAway, filed the lawsuit in Delaware.

Vote-By-Mail for the 2022 General Election in Delaware!

It was a unanimous decision.

In a unanimous decision, the Supreme Court of Delaware has ruled the state’s mail-in voting and same-day voter registration statutes unconstitutional.

Neither will be allowed in the Nov. 8 general election.

The ruling, which came just one day after oral arguments, is a major defeat for Gov. John Carney and Delaware Democrats.

In an abbreviated order, the court said the vote-by-mail statute “impermissibly expands the categories of absentee voters identified in Article V, Section 4A of the Delaware Constitution.”

As for the same-day registration statute, the court said it conflicts with Article V, Section 4 of the Constitution.

The Supreme Court published its decision in a 3-page abbreviated order so as to allow as much time as possible for election officials and voters to communicate and understand changes to the upcoming election.

Traditional absentee voting is not affected by the court’s decision. 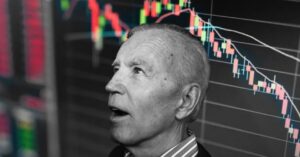 Next post HORROR: Tennessee Family’s Pit Bulls Kill Two Children, Severely Injure Mother
Enter Your Information Below To Receive Free Trading Ideas, Latest News And Articles.
Your information is secure and your privacy is protected. By opting in you agree to receive emails from us. Remember that you can opt-out any time, we hate spam too!