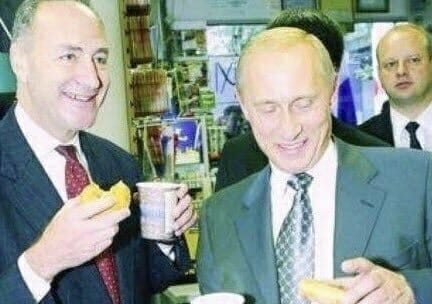 On Wednesday Joe Biden failed to bribe the Saudis to produce more gas and oil.

Joe Biden was willing to pay $80 a barrel to the Saudis if they kept pumping oil on the world market. But OPEC declined the offer and decided to cut 2 million barrels of oil a day.

Back in 2020, Democrats blocked President Trump from purchasing US oil at $24 a barrel to fill the strategic oil reserves.

Chuck Schumer and Democrats blocked this wise investment. They labeled it a buyout for big oil.

And the rest is history.

In 2020, Democrats blocked Trump’s proposal to buy American oil at $24 a barrel.

Yesterday, a Biden official disclosed a secret offer to buy OPEC+ oil at $80 a barrel in exchange for not cutting production.

Biden’s efforts backfired. The US is weakened.https://t.co/ygwOZqPIBk

What is not being reported is Chuck Schumer’s efforts helped Vladimir Putin, Russia, Venezuela, Saudi Arabia and Iran.

Filling the SPR Is Not a Bailout
Once the economic slowdown is over, oil prices will go back up, probably before the end of the summer. Once they do, the government could recoup the entire cost by selling just over a third of what they bought now. That is not a bailout, it’s a safe, stable investment.

Buying oil for the SPR now would, however, prop up oil prices. That would provide immediate relief to the thousands of American producers of oil and gas that have propelled our nation to energy independence for the first time in recent history. Since President Trump lifted restrictions on domestic energy production, America has become a net exporter of oil and gas, rather than a net importer.

This has helped fuel the economic boom of the Trump presidency, and created millions of American jobs. But extracting oil from “tight” formations, as U.S. producers do, costs more than pumping it from free-flowing wells in Saudi Arabia. In order to cover their production costs and make a profit, U.S. producers need market prices to remain around $45 per barrel.

Government Action Created the Crisis
Market prices fell because of government action: shutting down travel and commercial activity to curb the spread of the Wuhan virus. When the Saudis proposed that producers prop up prices, Russia rejected the idea, sparking a price war and further decline. At current prices, American producers will have to stop producing and ‘shut in’ their wells.

Shutting in a well cannot be reversed without a huge reinvestment and months of work. It will mean not only a loss of income for millions of Americans, but the permanent destruction of hundreds of thousands of jobs. It also will mean an end to American energy independence, and the foreign policy independence that comes with it, for many years.

Schumer’s Gift to Putin
No world actor is more pleased at this prospect than Vladimir Putin. The Saudis, Iranians, Venezuelans, and other producers are also pleased. Chuck Schumer gave them the greatest gift they have had in more than a decade. He did it with his eyes wide open, proving that he’s not on the side of American strength, American independence, and American jobs. In the dead of night, he threw all of those away, and bailed out Russia and the OPEC cartel, leaving millions of Americans holding the bag. And he’s proud of it.

In 2020 Democrats led by Chuch Schumer refused to purchase oil at $24 a barrel to refill the strategic oil reserves as the Trump administration requested.  This was not just an excellent investment but it would have provided immediate relief to domestic producers.  Schumer and Democrats blocked the deal.  The clear winners of this decision were Russia, Venezuela, Saudi Arabia and OPEC.  Who is the real “Putin’s puppet?”

The post PUTIN’S PUPPET: In 2020, Chuck Schumer and Democrats Blocked Trump’s Proposal to Buy American Oil at $24 a Barrel and Crushed American Energy Producers in Giant Gift to Putin appeared first on The Gateway Pundit. 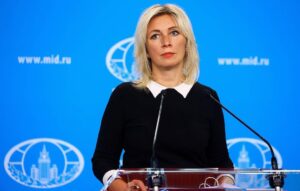 Previous post Russia on Nord Stream Sabotage: “EU Will Have to Face the Fact they Have Been Betrayed” 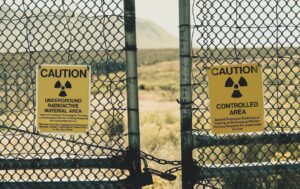 Next post Doomsday Clock: Biden Regime is Stockpiling $290 Million Worth of Drugs for Radiation Sickness in Case of Nuclear Emergency