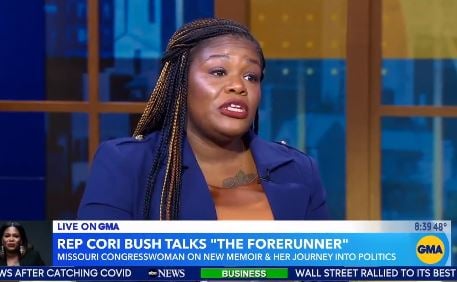 Cori Bush is a good Democrat. She’s not afraid to speak out loud what she believes deep in her heart.

On Tuesday the St. Louis Representative doubled-down on defunding the police. According to Bush, the police in America are the problem.

No matter how hard George Stephanopoulos tried, he couldn’t talk her off that ledge.

Q: “Are you worried at all that [“Defund the Police”] could hurt some of your colleagues going into the midterm elections?”

Democrat Rep. Cori Bush: “We can’t get caught up on the words…”

The soaring crime rates and violence in Democrat-run cities is a direct result of Democrat policies. It didn’t help that the official party line was to defund the police. Several Democrats called to defund police in the last two years including House Speaker Nancy Pelosi.

And it was all caught on video. These people are dangerous.

You can not have a civilized country without law and order. Maybe that’s their plan.

The post Marxist Democrat Doubles-Down on Defunding the Police as Crime Soars in Democrat-Run Cities Across the Country (VIDEO) appeared first on The Gateway Pundit. 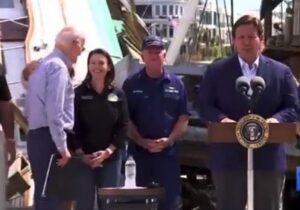