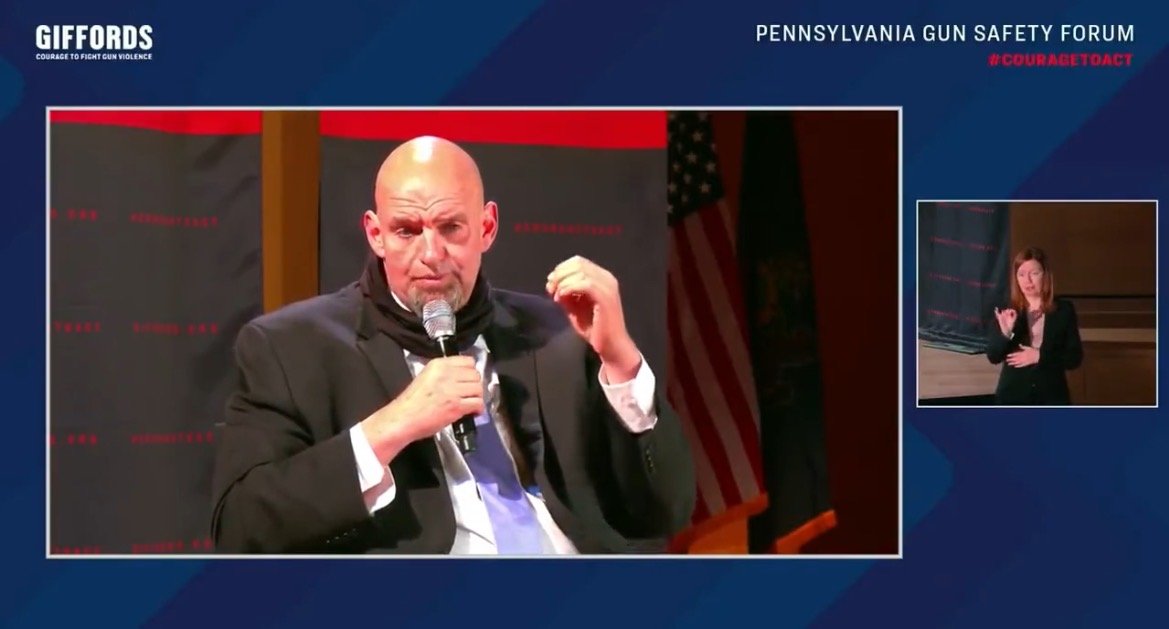 Fetterman, who’s the only Democrat running for office in Pennsylvania that pointed a shotgun at an unarmed, innocent black jogger, wants to take your weapons.

“I’ve always supported a ban to the assault rifle ownership,” Fetterman said on April 11th shortly before his massive stroke. “We should not have weapons of war in the hands of civilians.”

“I have seen with my own eyes at the scenes in my community what a military grade round does to the human body. And we have no need for civilians to own those kind of weapons,” Fetterman added.

So Fetterman doesn’t just want a ban on the sale of so-called assault rifles, he wants to confiscate them from law abiding American citizens.

Fetterman also wants to eliminate the filibuster so the US Senate can pass ‘gun reform legislation’ that supersedes state laws.

“But what we can do is eliminate the filibuster and pass comprehensive gun reform legislation federally that supersedes and eliminates the option to have open carry,” Fetterman said.

This isn’t the first time Fetterman has called for the end of the filibuster to pass gun control legislation.

In 2013 Fetterman chased a black man down the street who he thought was involved in shootings (turns out it was likely bottle rockets) in his neighborhood.

The black jogger told a local news outlet that Fetterman pointed the shotgun at his chest.

Here’s Fetterman in 2013 saying he “did the right thing” when he pulled a shotgun on an unarmed, innocent black jogger:

So John Fetterman held an unarmed black jogger at gunpoint because he believed the innocent jogger was a felon. Sounds pretty racist, where you at @KingJames? This Democrat senate nominee is out here hunting black people. pic.twitter.com/GuuKvmvnzi

And now Fetterman (after having a massive stroke that damaged his brain) wants to confiscate your ‘assault rifles.’ 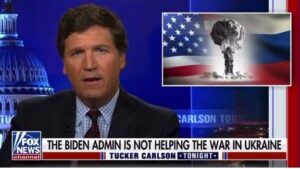 Previous post Tucker Carlson: Tony Blinken’s Statement Is an Admission the US Was Behind Nord Stream Pipeline Bombings (VIDEO) 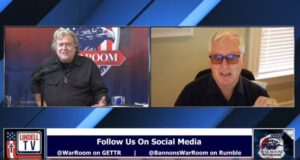 Next post PART 1 – A Midterm Primer: Steve Bannon and Jim Hoft Discuss THE IMPOSSIBLE RESULTS OF THE 2020 ELECTION On The War Room (VIDEO)
Enter Your Information Below To Receive Free Trading Ideas, Latest News And Articles.
Your information is secure and your privacy is protected. By opting in you agree to receive emails from us. Remember that you can opt-out any time, we hate spam too!