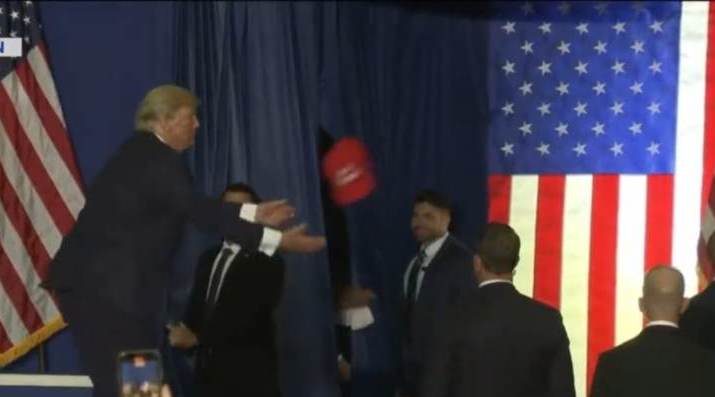 President Trump spoke at a rally in Warren, Michigan Saturday night in support of Republican candidates for Congress, governor and other state offices.

After the rally, as his traditional walk off music of Sam and Dave’s Hold on I’m Comin’ played, Trump, as he was headed for the ramp out of the venue, stopped and motioned for someone in the crowd to toss something to him.

The person threw a red MAGA cap that the former youth baseball catcher Trump easily caught with both hands. Not bad for a 76-year-old. But then came the pen toss which Trump deftly grabbed one-handed even though the throw was a little short. Don Jr. observed, “Biden cant bring a fricken bicycle to a stop and Trump is out there catching sharpies out of mid air.”

Biden cant bring a fricken bicycle to a stop and Trump is out there catching sharpies out of mid air. https://t.co/BYeyLccoGy

Someone posted a comparison video of Trump and Biden.

I was watching Trump’s exit from the the press pen over a hundred feet way, trying to get a few last photos when the hat and pen catch took place. My slow, low-end camera and I missed the shot. But I got one of him motioning for the hat and then signing it. I’ll have a photo report from the rally later. Here’s a bonus photo of the Trump dance from the Warren rally. 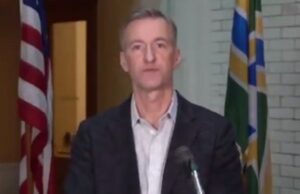 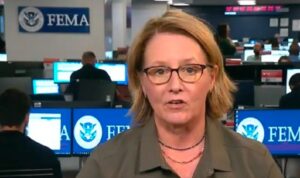 Next post FEMA Chief Responds to Kamala Harris’ Claim That Hurricane Ian Relief Will Prioritize ‘Communities of Color’ (VIDEO)
Enter Your Information Below To Receive Free Trading Ideas, Latest News And Articles.
Your information is secure and your privacy is protected. By opting in you agree to receive emails from us. Remember that you can opt-out any time, we hate spam too!