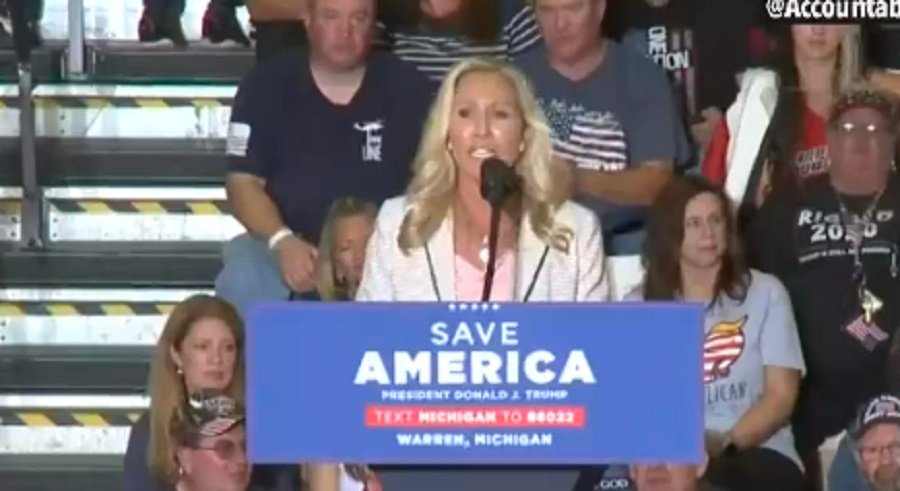 Rep. Marjorie Taylor Greene said what most Republicans are thinking, but don’t want to say out loud, during a speech in Michigan on Saturday night.

The congresswoman was speaking at a rally with Donald Trump to campaign for Michigan candidates Tudor Dixon, Matt DePerno, and Kristina Karamo.

“I am not going to mince words with you all,” Rep. Greene asserted during the rally. “Democrats want Republicans dead and they have already started the killings.”

“But under Republicans, we will take back our country from the Communists who have stolen it and want us to disappear,” Greene added.

The congresswoman cited the recent killing of a North Dakota teenager by a 42 year old man.

Shannon Brandt, 41, has been charged with murder for plowing down Cayler Ellingson, 18, after a political disagreement.

Brandt had called 9-1-1 and confessed that he intentionally ran over Ellingson. He told the police that they had got into an argument and that the teenager was part of a “Republican extremist group.”

Next Rep. Greene discussed the 84-year-old woman who was shot while campaigning against a Michigan ballot measure that would legalize abortion until birth.

Right to Life, the group that the woman was volunteering with, says that she was peacefully walking away when she was shot in the back of her shoulder.

The man who shot her, the husband of the pro-abortion woman that the volunteer was arguing with, claimed that he shot her by accident. 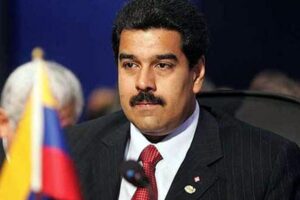 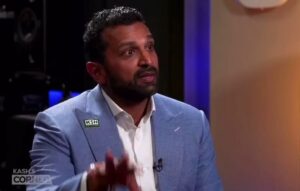 Next post KASH PATEL Fires Warning Shot: “Wait Til You See the Acts of Sexual Complicity that the 7th Floor of the FBI was Engaging In” (VIDEO)
Enter Your Information Below To Receive Free Trading Ideas, Latest News And Articles.
Your information is secure and your privacy is protected. By opting in you agree to receive emails from us. Remember that you can opt-out any time, we hate spam too!