The Daily Wire’s Matt Walsh will be holding a “Rally to End Child Mutilation” in Tennessee on October 21.

The rally will be held at the state capitol in Nashville at 4 p.m. and Walsh will be speaking at the event.

“Join us on October 21 at the state capitol as we rally to end child mutilation across the state,” Walsh tweeted. “We are going to put a stop to gender ideology’s assault on our children. Come and be a part of the movement.”

Join us on October 21 at the state capitol as we rally to end child mutilation across the state. We are going to put a stop to gender ideology’s assault on our children. Come and be a part of the movement.

Walsh recently exposed that the Vanderbilt University Medical Center (VUMC) in the state has been performing gender surgeries on minors. He also uncovered a video of a Vanderbilt doctor calling transgender surgeries “huge money makers.”

Vanderbilt opened its trans clinic in 2018. During a lecture the same year, Dr. Shayne Taylor explained how she convinced Nashville to get into the gender transition game. She emphasized that it’s a “big money maker,” especially because the surgeries require a lot of “follow ups” pic.twitter.com/zedM7HBCBe

“It’s a lot of money. These surgeries make a lot of money,” VUMC Clinic for Transgender Health’s Dr. Shayne Sebold Taylor said during the video.

In another speech, Dr. Ellen Clayton warned that “conscientious objections” are “problematic.” Staff members who decide not to be involved in transition surgeries due to “religious beliefs” were informed that they would face “consequences”

Vanderbilt was apparently concerned that not all of its staff would be on board. Dr. Ellen Clayton warned that “conscientious objections” are “problematic.” Anyone who decides not to be involved in transition surgeries due to “religious beliefs” will face “consequences” pic.twitter.com/CgNicrG4Mg

A letter to Vanderbilt was signed by 62 state House members, demanding that they stop mutilating children.

This is a time in which elected leaders must boldly lead and speak on behalf of the people.
I’ve been joined by my esteemed @tnhousegop colleagues in formally requesting that Vanderbilt Medical halt all gender transition surgeries on minors.
1/ pic.twitter.com/FgiRdLHEM4

“The Vanderbilt Pediatric Transgender Clinic’s practices qualify as nothing less than abuse,” the letter stated.

“We, the elected representative body of the state of Tennessee, ask members of the VUMC Board of Directors to take immediate action by halting all permanent gender transitioning surgeries being performed on minor children,” the letter continued.

According to a report from the Daily Wire, Republican Governor Bill Lee’s office said he is in contact with the state’s top lawmakers about potential legislation.

“We should not allow permanent, life altering decisions that hurt children, like we saw on display at VUMC. The Governor is in communication with Leader Johnson and Leader Lamberth about legislative solutions, and we look forward to working with them and many other Tennesseans who are passionate about protecting children,” Casey Sellers, a spokeswoman for the governor, told The Daily Wire. 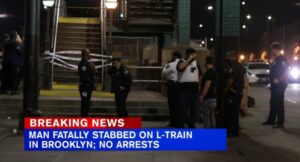 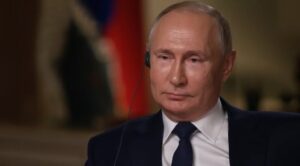 Next post Russia Cuts Off Gas to Italy Just Days After New Prime Minister Giorgia Meloni Announces Her Support for Ukraine
Enter Your Information Below To Receive Free Trading Ideas, Latest News And Articles.
Your information is secure and your privacy is protected. By opting in you agree to receive emails from us. Remember that you can opt-out any time, we hate spam too!