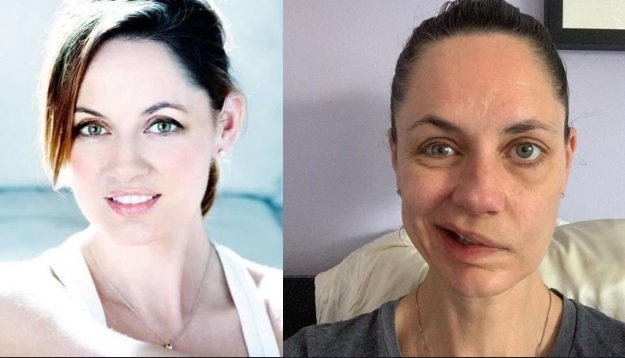 A modern-day version of the Stockholm Syndrome has played out throughout COVID captivity.

People around the world have been beaten with a stick based on the whims of the ruling class and held hostage by medical czars like Dr. Anthony Fauci, globalist lawmakers, Big Pharma, and Big Media.

Exposing COVID propaganda has resulted in public harassment, social media deplatforming, the loss of jobs, or even prison time.

Many didn’t fall for the lies and attempts to invert reality and are fighting back.

But others may have succumbed to Stockholm Syndrome. Gibson boasted about feeling “grateful” after getting covid-vaccinated in April.

I feel grateful and fortunate to get #vaccinated, but I worry about those that don’t have the opportunity. It shouldn’t be this hard, @fordnationdougford. #rbg agrees. https://t.co/lPqjHcacPQ

Weeks later, the actress posted a video on social media documenting the paralysis of half her face in May 2021.

“This is not a video I wanted to make,” she said.

“It’s kind of hard to make… as I’m watching myself, ” she continues as her eyes water and half of her face droops down. “I have been diagnosed with Bell’s Palsy, which is paralysis on side of the face.

This video by Canadian actress Jennifer Gibson is disturbing in many ways. pic.twitter.com/GEpa5RIoPA

While acknowledging the COVID vaccine caused her to develop severe adverse side effects, Gibson continued to promote the experimental vaccine.
“I got it about two weeks after getting my vaccine and I had a rough go with the vaccine, and I guess still am,” she said. “But I have to say that I would do it again because it’s what we have to do.”
The actress published photos of herself attempting to smile with facial paralysis.

“Sorry for the shocking pic, but this is my face right now,” the caption of Gibson’s photos states. “I’ve been diagnosed with #bellspasly and the left side of my face is paralyzed. Lots of feels and lots to say, but the most important thing is I’m working on healing and I have every hope to recover fully.”
Gibson doubled down on covid-vaccine efficacy, encouraging viewers to continue to get vaccinated despite its detrimental effects.
She insisted that she shared the effects of the covid-vaccines to “talk about it responsibly,” but, “I don’t want to discourage people from getting vaccines.”
And strangely I don’t really want to discourage them from getting this one,” she added.

Facial paralysis “sucks,” but getting vaccinated is worth it, Gibson argued.

“People don’t die from that, so the fact that it wasn’t something I was not going to be around for my daughter later — it’s sealable,” she said. “It sucks, but it’s dealable.  The reason why I got it is that I wanted to get back to real life.” 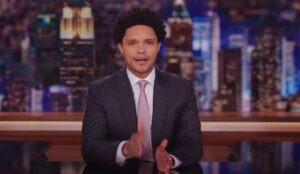 Previous post Trevor Noah is Out at the Daily Show 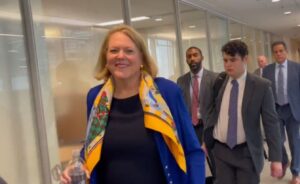 Next post TRUTH AND COURAGE UNDER FIRE: Ginni Thomas Tells Liz Cheney and Jan. 6 Committee She Still Believes 2020 Election Was Stolen
Enter Your Information Below To Receive Free Trading Ideas, Latest News And Articles.
Your information is secure and your privacy is protected. By opting in you agree to receive emails from us. Remember that you can opt-out any time, we hate spam too!