Governor DeSantis declared a state of emergency for all of Florida on Saturday as Tropical Storm Ian gains strength over the Gulf of Mexico.

Ian is expected to hit the Florida coast midweek.

#Ian will begin to rapidly intensify today, becoming a major hurricane as it approaches Cuba. Impacts in the #tampabay area will depend on the location of Ian later this week. pic.twitter.com/zbYxuEgdrY

Gov. Ron DeSantis declared a state of emergency for all of Florida on Saturday as Tropical Storm Ian gained strength over the Caribbean and was forecast to become a major hurricane soon on a track toward the state.

DeSantis had initially issued the emergency order for two dozen counties on Friday. But he expanded the warning to the entire state, urging residents to prepare for a storm that could lash large swaths of Florida.

“This storm has the potential to strengthen into a major hurricane and we encourage all Floridians to make their preparations,” DeSantis said in a statement. “We are coordinating with all state and local government partners to track potential impacts of this storm.”

In case the global warmists use Hurricane Ian to push their devastating policies, here is a good reminder on hurricane history.

Before climate hysterics start confusing weather and climate in regards to Hurricane Ian this coming week I remind you all that there has been no systematic increase of hurricane activity or intensity with increasing atmospheric CO2. #Ian #HurricaneIan #HurricaneFiona #climate pic.twitter.com/rt3JeF8E9J

Tropical Storm Ian will strengthen to a hurricane tonight and is expected to become a major hurricane Tuesday & remain a major hurricane as it approaches Florida. At this time, the threats to South Texas are increased swell, coastal flooding, & increased rip current risk. pic.twitter.com/BuGrXtAvOV 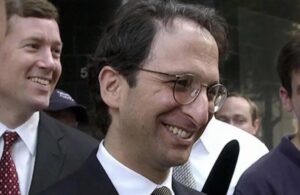 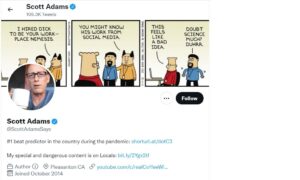 Next post Dilbert Cartoon Cancelled from 77 Newspapers After Incorporating Anti-Woke Plotlines
Enter Your Information Below To Receive Free Trading Ideas, Latest News And Articles.
Your information is secure and your privacy is protected. By opting in you agree to receive emails from us. Remember that you can opt-out any time, we hate spam too!