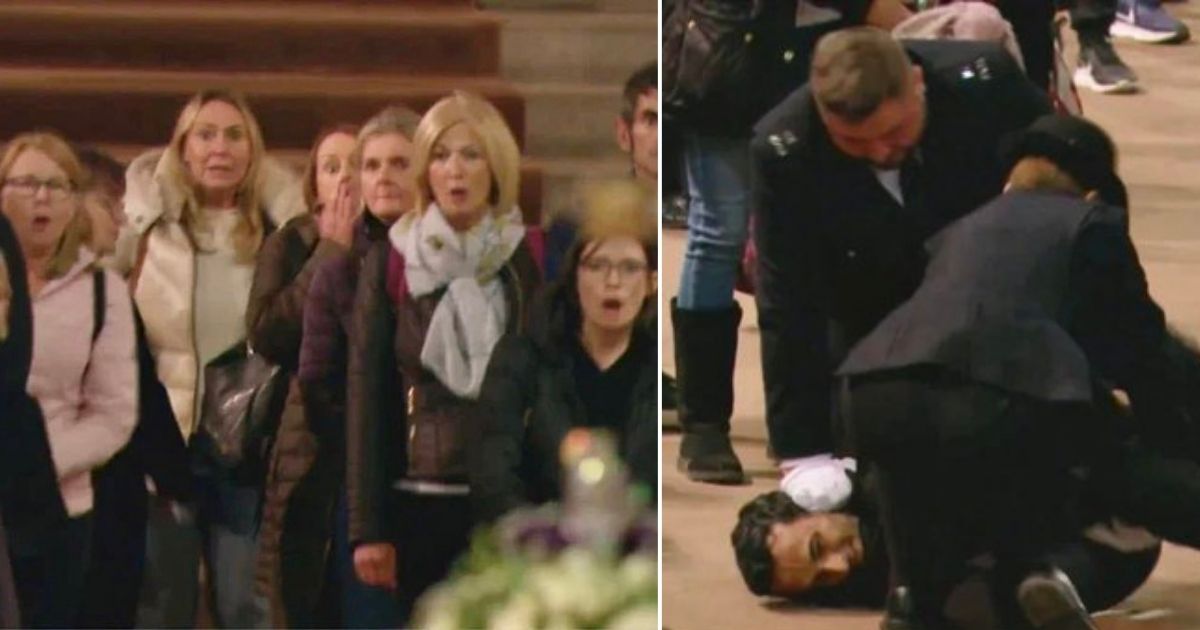 The somber ceremony of Queen Elizabeth’s lying in state was shattered Friday night when a man left the long line of mourners filing through Westminster Hall and rushed the casket.

Police quickly tackled the man and dragged him away, according to the Daily Mirror.

The U.K. Guardian identified the man as Muhammad Khan, 28.

Khan has been charged with “behavior intending to cause alarm, harassment or distress,” according to the outlet. He will appear in court on Monday.

This guy was arrested for attempting to grab the Queen’s coffin at Westminster Hall.

An excellent example of robust, quick policing here. Disrupters from Stop Oil and XR should be dealt with in the same way! pic.twitter.com/ggKhKLFSOI

A woman identified as Tracey Holland was in line to view the coffin with her niece when she saw the incident unfold, according to Sky News.

“Some person decided they were going to push my [7-year-old niece] out the way, run up to the coffin, lift up the standard and try to do I don’t know what,” she said.

“The police had him within two seconds.”

Holland described the incident as “terrible, absolutely terrible, so disrespectful and unbelievable.”

Shocked onlookers gasp as man is tackled to the floor by police when he tries to grab the Queen’s coffin. pic.twitter.com/5XKuzV773y

Another witness recounted seeing Khan in the lead-up to the disturbance.

“We saw him in the queue from the beginning of the queue and throughout the day he was by himself,” the witness, whose name was not used, told the U.K. Daily Mail.

“We were at the top of the stairs when we saw the incident. A lady screamed as it happened. It was quite unnerving, although he was detained and people kept calm and carried on.”

According to The Sun, mourners at first were uncertain what the fuss was all about.

“We thought someone had fainted and then we heard someone shriek,” one witness said.

“Someone got up to the coffin, grabbed the flag and pulled it upwards. They picked up the bottom and wafted it, almost to see what was underneath. It happened so fast.”

The witness called the scene “extremely upsetting,” adding, “It’s such disrespect to the body. Just not what you thought you would ever see.”

The live broadcast of the queen’s lying in state was interrupted for about 15 minutes at the time of the incident.

The post Chaos Erupts as Man Charges Queen’s Casket – Dragged Out of Room by Police appeared first on The Gateway Pundit. 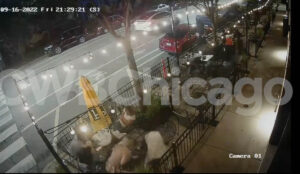