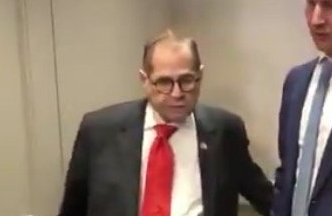 At 75 years old, longtime New York Rep. Jerry Nadler, a Democrat, is far from being the oldest member of Congress, but he’s certainly well past his prime.

A Democratic staffer told the New York Post that Nadler, who serves as chairman of the powerful House Judiciary Committee, has earned a nickname from his peers: “Rock-A-Bye Baby.”

It is apparently a well-kept secret that the abrasive congressman falls asleep during meetings – frequently.

Citing a Zoom meeting of House Democratic committee chairs earlier in the year, the aide, who participated in the planning session, said Nadler fell asleep. No one woke him up; the discussion simply continued without him.

The Post reported there have been concerns among his colleagues, both Democrats and Republicans, that Nadler “has slowed down considerably.”

Florida Rep. Matt Gaetz, an outspoken Republican member of the Judiciary committee, told the Post, “Staff regularly have to wake him up during hearings.”

One House Democrat said, “I don’t think it’s like Dianne Feinstein,” referring to the 89-year-old Democratic senator from California, whose cognitive decline is well-known, according to the report. However, “You can just tell he’s not … as engaged with others.”

The aide said that Nadler snoozed during his committee’s debate on the articles of impeachment in December 2019.

“During [Louisiana Republican] Rep. Mike Johnson’s time to speak, Nadler fell asleep on live TV in front of millions of viewers. I was in the room when it happened, and it took everything for us to hold back the laughter,” one GOP staffer told the Post.

“He’s also known for taking prolonged breaks when hearings go particularly late into the night, giving the gavel to another member to chair while he’s away — we have no idea where he goes,” the aide said.

Another GOP aide “close to the committee” told the Post, “I’m not trying to be mean, but he really is kind of out of it. The general talk is that California Rep. Zoe Lofgren is next in line and we don’t want someone that savvy in charge because she is definitely not out of it. … With Nadler there is a pattern where it’s really not clear what his mental state is. I’ll just be honest.”

“Like 2 p.m. or following lunch — Jerry [will] be at low power and you can count on looking there and seeing him asleep,” one source the Post described as a “committee insider” told the newspaper.

Nadler nearly fainted during a 2019 press conference with then-New York City Mayor Bill de Blasio. He was immediately rushed to the hospital. Media reports said the congressmen had been dehydrated.

Nadler was said to “stumble” through his recent primary debate against his current colleague, longtime House Democrat Carolyn Maloney, whom he defeated. His comment during an Aug. 2 primary debate that he “impeached Bush twice” quickly went viral on social media.

One Democratic colleague told the Post, “There’s been a noticeable shift since his wife is ill.” In January 2020, his wife was diagnosed with pancreatic cancer.

It is extremely concerning that Nadler hasn’t been relieved of his duties.

And it’s genuinely terrifying to consider the number of octogenarians currently running the country.

President Joe Biden will turn 80 in November. His issues obviously go well beyond simple aging and he is clearly no longer fit to lead the country. Similarly, Feinstein should have stepped down years ago.

But in addition to Biden and Feinstein, who both exhibit clear signs of cognitive struggle, there are many lawmakers in powerful positions who should have bowed out long before now.

House Speaker Nancy Pelosi is 82. Democratic Rep. Steny Hoyer of Maryland, the majority leader, is 83, and the majority whip, Rep. James Clyburn of South Carolina, is 82.

The following clip of Waters at the June Summit of the Americas conference made the rounds on social media at the time. It may have been Pelosi’s news conference, but it was Waters who stole the show.

She stared straight into the camera, expressionless. She appeared to be totally disengaged from what the speaker was saying. Maybe she was simply exhausted. What octagenarian wouldn’t be tired after attending a large political conference that required a trip across the country?

Whatever the reason, it doesn’t exactly inspire confidence in our congressional leadership.

The oldest Republican serving in the House is Hal Rogers of Kentucky, age 84.

Among Senate Republicans, the oldest members are Chuck Grassley of Iowa, 88, Richard Shelby of Alabama, 88, and Jim Inhofe of Oklahoma, 87. Senate Minority Leader Mitch McConnell of Kentucky is 80.

All of these leaders are well past their primes and can’t possibly perform at the level they once did.

The ability of these octogenarians to serve the country effectively is a legitimate question.

Should there be a maximum age limit for members of Congress?

If so, Jerry Nadler can be Exhibit A. 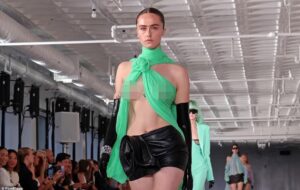 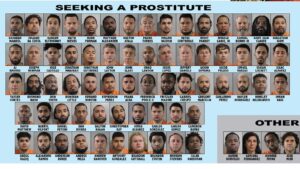