Ezekiel Kelly is a convicted criminal who had been released in March early from a three-year sentence.

Corteria Wright had just turned 17 and Dewayne Tunstall was a father to a young child, Fox 13 Memphis reported.

Police identified the first victim as 24-year-old Dewayne Tunstall. The Memphis Police Department (MPD) said he was shot and killed in the 3100 block of Lyndale Ave. just before 1 a.m.

Tunstall is better known as Sosa or Amir to his friends and family.

FOX13 spoke with one of his close friends, who said he would do anything for his loved ones, and he leaves behind a young daughter.

Tunstall’s murder happened hours before the alleged gunman went on a mobile shooting spree around Memphis.

On Facebook, several people have said another victim is Corteria Wright.

A man who said he is Wright’s father made a Facebook live shortly after the shooting.

Through tears, he said his daughter had just turned 17, and he hopes no one has to experience the pain he is feeling.

FOX13 is still working to find out who the fourth victim is.

On Wednesday evening it was reported Ezekiel Kelly shot a woman in medical scrubs who went to his aid after he feigned being hurt.

Kelly also carjacked her at Poplar Avenue and Evergreen Street and took her Toyota SUV.

It turns out the young woman in scrubs was Memphis nurse, Allison Parker.

Allison Parker was fatally shot in front of her daughter, according to WREG.

The fourth victim has not been identified yet. 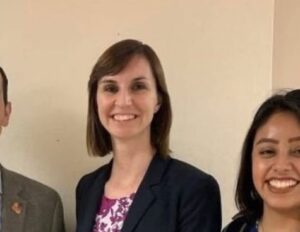 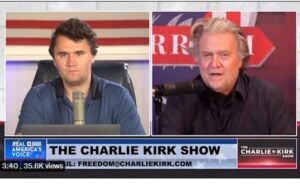 Next post BOMBSHELL: “Jack-Booted Gestapo Has to Show Up at Their Door!” — Steve Bannon Tells Charlie Kirk 35 Trump Allies Had Homes Raided by FBI on Thursday (VIDEO)