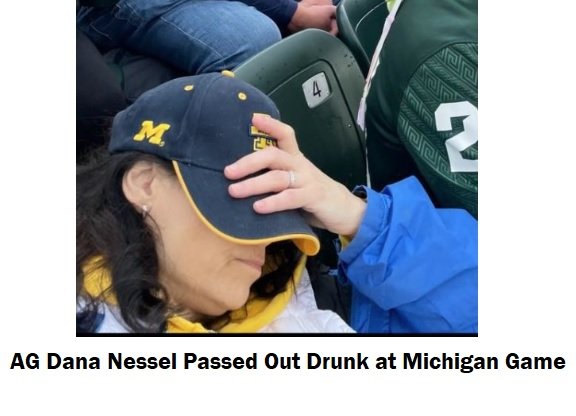 The Michigan Attorney General now joins in with DC Supreme Chancellor Joe Biden in weaponizing her office against her political opponent in the November election.

The Gateway Pundit has reported on numerous discrepancies in Michigan over and over again, including the “Antrim Flip” which has never been adequately explained and was mysteriously thrown out of the court the day they were to receive critical network data in discovery.  Pure coincidence. You can help support Matt Deperno in this fight that just got significantly more difficult now by donating here.

As for his radical opponent,  The Gateway Pundit has done a better at her job than she has:

She could appoint a special prosecutor to look into these individuals, including USPS Postal workers depositing literal stacks of ballots into their partisan funded drop boxes?

Or maybe she could appoint someone to investigate why individuals were voting from a street that doesn’t exist, or 40-something year old women voting from a college frat house?

Or perhaps she could assign someone to recount the US Congressional and Senate races in Antrim County to see if the vote flips from 11/3/2020 and the ensuing “corrections” were in fact correct?

Has Dana Nessel conducted a single investigation into malfeasance in the 2020 election?

Did she investigate Rep. CA Johnson when she threatened violence against her constituents by calling for her “soldiers” to “you know what to do…make [Trumpers] pay”?

Did she investigate poll workers being disproportionately hired in favor of Dems?  Or poll challengers illegally being forced to stay 6ft back at the TCF Center?  Or being expelled from the counting area while they boarded up the windows?

Did she investigate the van that dropped off 50+ boxes twice long after the deadline for ballots and with zero chain of custody?

Or how about the internet connectivity with tabulators and scanners that we were told in sworn testimony was not possible? Or perhaps the remote logins to Antrim Co’s computer (yes, REMOTE, as is in internet…which Dominion CEO John Poulos testified under oath that they can’t do that):

Dana Nessel is not only weaponizing her position as AG but she’s is also terrible at it.  Rather than investigate documented election crimes, she was busy making sure you complied with Gov. Gretch’s unconstitutional lock downs and mandates. Meanwhile, the two of them were mocking Michiganders by attending a Michigan-Michigan State game on Oct 30, 2021 in a packed stadium with NO masks in sight…for them at least.  Clearly, other Michiganders in the stands were still concerned enough.  Perhaps Nessel was too drunk to wear a face mask.  Afterall, she had to be wheelchaired out of the game. Based on the chart above, it’s possible it was Nessel and Whitmer’s drunken tirade at the game that helped cause that spike in Michigan deaths in November/December 2021 that rivaled all the earlier spikes?  But that’s miniscule in comparison to the lives Whitmer lost with her nursing home debacle.  Did Nessel investigate that?  Nope.

Lets be honest though: is it any surprise to anyone after Supreme Chancellor Biden’s “MAGA Republican” Moloch speech last Thursday?  Where he mentioned Ukraine never, Russia never, China never, inflation never, gas prices never, the border never, fentanyl overdoses never, skyrocketing suicide rate never, a plethora of vaccine injuries and deaths never, and climate just one time in passing?  Or after Supreme Chancellor Biden lied to us about not knowing his FBI was going to raid Mar-a-Lago over documents that President Trump issued a declassification memo for before he left the White House?  Or after Kathy Hochul told 5 million New Yorkers to leave New York because they don’t represent New York’s values?  Or after Charlie Crist agreed with Chancellor Joe and ostracized over 15 million Floridians by labeling them “semi fascist”?  Or after the Colorado Attorney General’s Office and Secretary of State were weaponized against election integrity candidate Mesa Clerk Tina Peters?

This is where politics has gone.  And, as always, when Democrats are busy blaming Republicans for something, its usually because they are doing it themselves.  And now they do it in the open, clear as day, with no fear of repercussion or reprimand.

Stay cool.  Stay calm.  Stay relaxed.  At this point, it is obvious they WANT this.  Beat them at the ballot box. 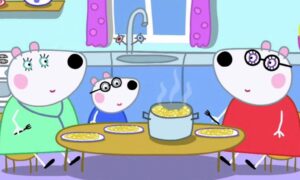 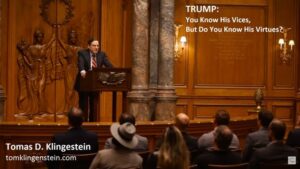