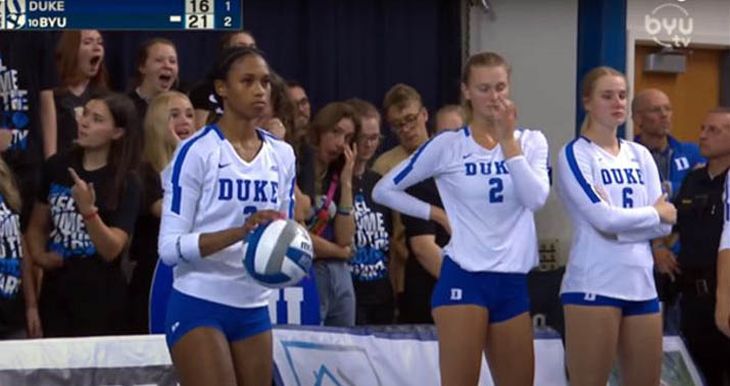 Another day, another hate hoax.

Brigham Young University said there is no evidence to corroborate allegations of racial slurs directed toward a black Duke volleyball player during last week’s BYU-Duke match.

It all started on August 26 when Rachel Richardson, a black volleyball player at Duke, said she heard a fan calling her the N-word while she served the ball.

Richardson told her teammates that she heard a man in the stands screaming the racial slurs.

The teammates told Duke coach Jolene Nagel and Nagel spoke to the BYU coach about the alleged incident.

BYU sent a police officer and four ushers to sit in the student section to protect the black volleyball player from the hostile fan, the Desert News reported.

Richardson also told her dad about the racist attacks and her dad told her aunt, Lesa Pamplin.

Pamplin happens to be a far-left candidate for County Criminal Court in Texas.

Lesa Pamplin, who has a history of spreading hate hoaxes, spread the lie in a series of tweets (she has since locked her Twitter account).

“My Goddaughter is the only black starter for Dukes (sic) volleyball team. While playing yesterday, she was called a n****r every time she served. She was threatened by a white male that told her to watch her back going to the team bus. A police officer had to be put by their bench,” Lesa Pamplin said.

1. A week ago Saturday, political candidate @LesaPamplin tweets out allegations of racism that her goddaughter, Rachel Richardson experienced while playing a volleyball match vs BYU in Provo, Utah.

These are major allegations and should be taken with the utmost seriousness.

The fan, who was not named, was banned by BYU.

IT WAS ALL A LIE.

It turns out that no one else present that day, including the police officer, heard the racist language.

BYU reviewed audio and video recordings from the match and found no evidence that a fan heckled the black volleyball player or called her racial slurs.

During the match on Aug. 26, Duke outside hitter Rachel Richardson said she heard racial slurs during the second set while she served two balls in front of the ROC student section of fans.

She told a teammate about the slurs while the teams switched sides of the court following the set, and the two players told Duke coach Jolene Nagel. Nagel spoke with BYU coach Heather Olmstead, and BYU immediately sent a police officer and four ushers into the student section.

Richardson said she heard the slurs more intensely in the fourth set, when the ushers, BYU Police Det. Sgt. Richard Laursen and a Duke assistant athletic director stood near where she served and by the student section.

“I told the (BYU) Athletic staff that I never heard one racial comment being made,” Laursen said in his police report.

After the match, BYU banned a fan who Duke said had used the N-word and had made a player uncomfortable after the match. The fan is not a BYU student.

Laursen stood next to the man throughout the fourth set and said the man did not use any racist language. Laursen said he believed the man may have “(A)sperger syndrome or could have autism.”

According to BYU, there is zero evidence to back up the claims and the university dropped its ban on the fan on Friday.

“We reviewed all available video and audio recordings, including security footage and raw footage from all camera angles taken by BYUtv of the match, with broadcasting audio removed (to ensure that the noise from the stands could be heard more clearly). We also reached out to more than 50 individuals who attended the event: Duke athletic department personnel and student-athletes, BYU athletic department personnel and student-athletes, event security and management and fans who were in the arena that evening, including many of the fans in the on-court student section.” BYU said in a statement on Friday.

The university added: “From our extensive review, we have not found any evidence to corroborate the allegation that fans engaged in racial heckling or uttered racial slurs at the event.”

BYU said they “lifted the ban on the fan” who was falsely accused of screaming the N-word.

“As a result of our investigation, we have lifted the ban on the fan who was identified as having uttered racial slurs during the match. We have not found any evidence that that individual engaged in such an activity. BYU sincerely apologizes to that fan for any hardship the ban has caused.” BYU said. 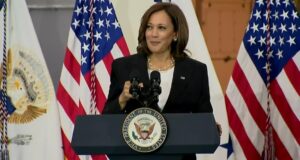 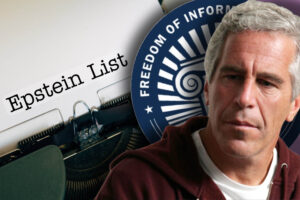